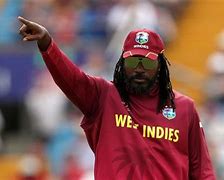 Chris Gayle made his way back into the West Indies national side for the first time in two years as the 41-years-old cricketer has been named in the T20 squad for series against Sri Lanka. Apart from Gayle, 39-year-old Fidel Edwards has also been added in the squad, thus ending a nine-year long international break.

West Indies are all set to host Sri Lanka for a three-match T20I series, starting from March 3 at the Coolidge Cricket Ground in Antigua.

Gayle, who was recently seen in the Pakistan Cricket League, arrived in Antigua this week and his previous outing with Windies side was in their home series against India.

“Chris Gayle has performed very well in recent tournaments and the selection panel thinks that he can still add great value to our team,” Roger Harper, CWI’s lead selector, said in a media release.

As for Edwards, Harper stated that his recall was to “give the bowling the potent firepower needed”.

The T20 series will conclude on March 7 and it will be followed by 50-over format, which will be played between March 10-14 at the Sir Vivian Richards Stadium in Antigua.

Meanwhile, West Indies Test captain Jason Holder has also been roped in for the limited-over contest against Sri Lanka after his impressive outing with Sunrisers Hyderabad in the previous edition of IPL.

Andre Russell won’t be taking part in the competition as he is still recovering from Covid-19. CWI said Russell had “contracted” the coronavirus “earlier” in February. “Despite testing negative over a week ago [Russell] was ruled out of the T20Is by the CWI Medical Panel whilst he completes his “return to play” protocols,” the statement read. 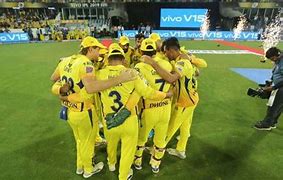 Ngidi, who had picked nine wickets in four games in last year’s IPL, has joined the CSK teammates.

“And I’m out,” Ngidi wrote in his Instagram story in which he was seen sweating it out in the gym.

Last week, CSK signed Australia Pacer Jason Behrendorff  as a replacement for Josh Hazlewood for the 14th edition of the cash-rich league.