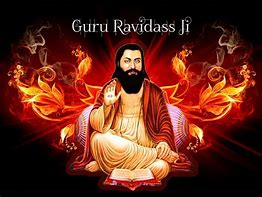 February 27 is celebrated as Guru Ravidas Jayanti all across India.

It is the 644th birth anniversary of the Bhakti movement saint, Guru Ravidas. His influence on Indian culture is immense, especially in North India (Chandigarh, Himachal Pradesh, Haryana and Punjab), but his followers and admirers can be found all across the nation. According to most of the historical scholars, Ravidas was born in 1450 CE during the Delhi Sultanate in Goverdhanpur, near the current Varanasi. He breathed his last in 1520 CE in the same city, according to most scholars.

As the historical records for his exact birth date (according to Gregorian calendar) do not exist, his Jayantior birth anniversary is celebrated on Magh Purnima, the full moon day in the month of Magh.It is an auspicious and important day for the followers of Ravidassia.

It is a religion founded on the principles of Ravidas, a sect in Sikhism. However, in 2011, a group advocated that it is a religion completely different from Sikhism and not just a sub-section of it.His importance in Sikhism is denoted by the fact that 40 of his poems were included in the sacred scripture of the religion — the Adi Granth.

The followers read Amritbani Guru Ravidas Ji and perform an aarti in his honour. The grandest celebration happensat Shri Guru Ravidass Janam Asthan Mandir. Some devotees take a dip in the holy river today and those who cantravel visit the Asthan Mandir in Goverdhanpur.

Ravidas was one of the earliest known champions of equality. He opposed caste inequality and wanted communal harmony for all.He was a known social reformer and proposed many modifications to the Brahmin-led caste system in India. Promoting personal and spiritual freedom, he wanted all forms of caste and gender divisions to be abolished from society.

As for his literary and spiritual legacy, it is believed that he was the spiritual guide of another prominent Bhakti movement poet — Meera Bai.