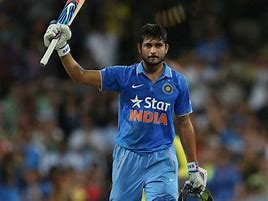 Former India opener Aakash Chopra expressed his delight on the maiden call-ups of Suryakumar Yadav, Ishan Kishan and Rahul Tewatia in India’s T20 squad against England but said Manish Pandey’s limited-overs career might be in danger as he did not find a place in the team announced by BCCI on Saturday.

Pandey, who was part of the Indian limited-overs side in their last series in Australia, was not named in India’s squad for the five-match T20 series against England, which also marked the return of Rohit Sharma and Rishabh Pant.

“Manish Pandey’s name usually features (in Indian limited-overs teams). This brings a question mark over his (international) career because he anyway doesn’t get many chances in the XI and now you are again looking at Pant and other options,” Chopra said in his YouTube channel.

While there no was no official word on the reason behind dropping Pandey from the squad but it does appear that the Karnataka right-hander is yet to regain his fitness from the tennis elbow injury he picked up during the Australia tour, which had also ruled him out of the Syed Mushtaq Ali T20.

Pandey did not feature in the Karnataka XI that lost to Uttar Pradesh in the opening match of the Vijay Hazare Trophy on Saturday despite being named in the initial squad.

Apart from Pandey, Sanju Samson was another big one to miss out on selection for the England series. Chopra said it was a bit hard on the young wicket-keeper batsman who failed to make his chances count.

“Two big names which are missing are of Sanju Samson and Manish Pandey. Samson did get his chance with the bat but it did not go well for him. And that’s the problem of T20. It’s very difficult to do well in that format. So Samson has paid the price. He showed glimpses of what he can do but he couldn’t carry on,” Chopra said.

The former India opener was delighted as the Indian selectors decided to reward consistent domestic and IPL performance of Suryakumar Yadav, Ishan Kishan and Rahul Tewaita.

“I’m absolutely delighted Suryakumar Yadav, Ishan Kishan and Rahul Tweatia have been selected and they are now in the T20 scheme of things,” he added.

“India have done the work management well. Bumrah has to play the IPL and then the world cup. So it’s a long long season ahead. There is a five-Test series in England as well, So you really have to manage the workload.

“Shami has started to bowl again but the has been rested probably because the T20s are back to back. The turn around time for 5 T20s are quite less,” Chopra added.

Lockdown imposed in this district of Maharashtra: See full report

Get 50 litre of petrol/diesel free: Follow these easy steps