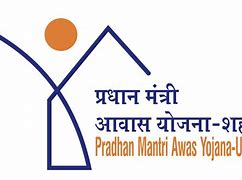 According to LDA officials, the development authority had opened registrations for the flats between July 30 and October 31. As per records, LDA has received more than 8,000 forms under the PMAY scheme. All these flats are being constructed for Lower Income Group (LIG).
LDA officials said, each flat will cost around Rs 6.51 lakh. Of this, Rs 2.50 lakh will be paid by state government as subsidy. While, remaining amount of Rs 4.01 lakhs has to be paid by the beneficiary in next 18 months.
Of 4,512 flats, around 2256 flats are being constructed at Vrindavan Yojna Hardoi Road. While, rest of the flats are being constructed at Shardanagar Yojna. LDA Secretary Pawan Kumar Gangwar said, “After the allotment process is completed, possession of the flats will be given to the alloteess within next 180 days. “
The lottery process was  conducted from February 8 to February 12  in Jupiter Hall located at Indira Gandhi Prathisthan (IGP), Gomtinagar. Timings of the lottery process were from 11:00am to 5:00pm.
Related Topics:FlatshousingLDALotteryLucknowPM Narendra ModiPMAYSubsidyUttar PradeshYogi Adityanath
Up Next