The Serum Institute of India incurred damage worth over Rs 1000 crore in a fire incident at its Pune facility, the company’s CEO Adar Poonawalla said on Friday, though asserted that the supply of Covishield will not be affected due to the incident.

Five casualties were reported at a fire incident at a five-storey under-construction building at SII’s Manjari premises in Pune on Thursday. The cause of the fire is yet to be ascertained though it was suspected to be ignited by welding work at the site. Another fire incident was reported in the same building later in the day, though no person died in the incident.

Addressing media with Maharashtra Chief Minister Uddhav Thackeray, Poonawalla said that no vaccine was being manufactured at the facility where the fire broke out and that incident did not cause damage to the existing stock of Covishield.

“The supply of COVID-19 (vaccine) will not be affected due to the fire. No actual vaccine was being made at that facility. The extent of the damage is more than 1000 crores,” Poonawalla said. “The fire has had no impact on the production of Covishield vaccine and no damage has occurred to the existing stock either.”

Thackeray said that an investigation is underway to determine the cause and other details of the fire. The Chief Minister said that while the firm has taken the responsibility for the victims’ families, the Maharashtra government will provide other help if needed.

“An inquiry is currently being conducted. Until the investigation report comes in, we cannot come to any conclusions,” Thackeray said. 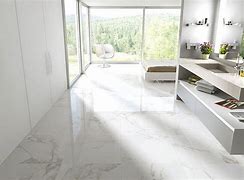