The Ministry of Fisheries, Animal Husbandry & Dairying on Tuesday (January 12, 2021) informed that more cases of Avian Influenza (H5N8) have been confirmed in the states of Rajasthan, Uttar Pradesh, Himachal Pradesh and Madhya Pradesh.

According to the Ministry of Fisheries, Animal Husbandry & Dairying, additional cases of Avian Influenza have been confirmed in HCL-Khetri Nagar in Jhunjhunu district of Rajasthan and in dead crows and pelican in a zoological park, Kanpur in Uttar Pradesh. They also informed about the confirmed cases in dead crows in Jagnoli and Fatehpur village in Kangra district of Himachal Pradesh.

Avian Influenza is also confirmed in a poultry sample from the Jhabua district of Madhya Pradesh received on Tuesday from NIHSAD (National Institute of High Security Animal Diseases – Bhopal).

Notably, the Department of Animal Husbandry and Dairying has issued an advisory on the testing protocol to states, encouraging them to undertake screening at state level ensuring suitable biosecure facilities.

After the confirmation of the spread of Avian Influenza in Maharashtra through samples of dead birds, a central team has been deputed to visit Maharashtra and Gujarat to monitor the epicenter’s of AI outbreak in those states.

“Constant efforts to generate awareness about Avian Influenza and how to deal with the situation is being shared among the general public through various media platforms including social media platforms like Twitter,” said the Ministry of Fisheries, Animal Husbandry & Dairying.

They added, “States are advised to maintain sufficient stock of PPE kits and accessories required for culling operations.” 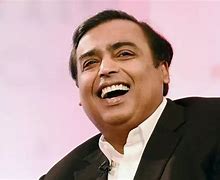 Despite the Covid-19 pandemic, as many as 40 Indians registered themselves in the billionaires club  as per a survey.

Mukesh Ambani continued to be the wealthiest Indian with a networth of USD 83 billion. The head of Reliance Industries witnessed a 24 per cent jump in fortunes and climbed up one spot to be the eighth richest globally, as per the Hurun Global Rich List.

Gautam Adani from Gujarat, who has had a spectacular rise in fortunes in the last few years, saw his wealth almost doubling to USD 32 billion in 2020 and climbed 20 places to be the 48th richest person globally and the second wealthiest Indian. His brother Vinod’s wealth grew 128 per cent to USD 9.8 billion.

The report compiles individual or family wealth in the year to January 15. It can be noted that the Indian economy is set to contract by over 7 per cent because of the impact of the pandemic, which had forced governments to go for lockdowns that had a debilitating impact on the poor.

The report comes at a time when concerns are being raised about a ‘K-shaped’ recovery being underway, where a select few prosper.

“When the tech-driven wealth creation reaches full potential, India could potentially beat USA in terms of the number of billionaires,” he added.

IT company HCL’s Shiv Nadar was the third wealthiest Indian with a fortune of USD 27 billion while some peers in the tech industry dominated the list of fastest growing wealth.

Jay Chaudhry of software company Zcaler saw a 274 per cent rise in networth to USD 13 billion during the year while Byju Raveendran and family saw a 100 per cent increase in its wealth to USD 2.8 billion, the report said.

Among those who saw a decline in their networth during the year was Acharya Balkrishna of Patanjali Ayurved at USD3.6 billion, down 32 per cent.

The financial capital continues to lead in the country from a concentration perspective, being home to 60 of the 177 Indian billionaires, followed by New Delhi at 40 and Bengaluru at 22 billionaires, it said.

From a gender perspective, Kiran Mazumdar Shaw of Biocon leads with a networth of USD 4.8 billion (up 41 per cent), Smita V Crishna of Godrej at USD 4.7 billion and Lupin’s Manju Gupta at USD 3.3 billion.

A majority of 118 billionaires were classified as self-made ones in the ranking, as against 932 of the 1,058 billionaires in neighbouring China, which is home to the highest number of billionaires.

Globally, the list is led by Elon Musk of Tesla with a fortune of USD 197 billion followed by Amazon’s Jeff Bezos at USD 189 billion and Frenchman Bernard Arnault of fashion house LVMH at USD 114 billion.

Improved version of Hayabusa to be launched in India soon

Lucknow to soon get its first Bio-gas plant