India is working to double its oil refining capacities in the next five years, announced Prime Minister Narendra Modi at the eighth convocation of Pandit Deendayal Petroleum University (PDPU) on Saturday.

Addressing the graduating students of the University, the Prime Minister said stated that the coming decade will see massive investments flowing into the oil and gas sector creating ample opportunities for energy professionals. A Total of 2,608 students, including 467 PhDs, received their degree certificates at the con 8th Convocation. At the first convocation, which is against the 132 students had received degree certification the first convocation.

“Friends, as you step into the industry in this Covid-19 times, there are infinite possibilities for employment. In this decade, just oil & gas sector will see lakhs of crores of investments. We are working to double our oil refining capacities in the next five years. In this decade, our effort is to increase four times the share of natural gas in our overall energy requirements,” Modi said in his E-Convocation address delivered via video conferencing.

Modi also stated that the government’s policy focus will remain on strengthening the start-up ecosystem in the area of energy security for the country. “India has set a target to reduce carbon footprint by 30-35 per cent%. Also, work is on to develop start-ups involved in to ensuring the country’s energy security. For professionals like you, a special fund has been created to incubate your ideas, products or a concepts,” Modi said.

Lauding India’s rapid advancement in the solar energy space, Modi also stated that the ambitious target to achieve renewable energy generation of 175 Gigawatt (Gw) by 2022 will be achieved much before the deadline, while another landmark of 450 Gw will be achieved before the 2030 deadline. “This is the a result of a conviction with a clean heart,” Modi said.

Mukesh Ambani, the President of the Board of Governors of PDPU and Chairman of Reliance Industries Ltd, who presided over the function, and gave an insight into the future possibilities in the energy space. He said stated that India must be prepared to answer the questions on how to produce the growing amounts of energy that India would need to sustain the economies without harming the environment.

“By the middle of the century, the world will use twice as much energy as we use today. In the next two decades, India’s own per capita energy needs will be more than twice as much as today.”

To achieve the goals of becoming a super power and also a super power in green and clean energy, India will need disruptive solutions in renewables, low carbon and carbon recycle technologies.

“We need breakthroughs in new energy sources such as green and blue hydrogen. We need solutions and innovations in energy storage, saving and utilization. As a person from the energy business, I assure students that you are entering an exciting future,” Ambani told the gathering in his address.

Gujarat Chief Minister Vijay Rupani, who was also present through virtual mode, stated that with institutes like PDPU, Gujarat is becoming a global hub for professional education. “Not just infrastructure facilities but (with) also the right ecosystem for education in the areas of petroleum, maritime, and railways, we see an increased interest from global students to study in Gujarat.” 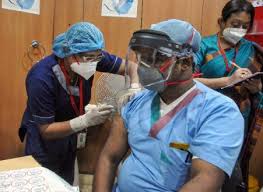