LG Electronics, a major home appliance maker in South Korea, is expected to release the industry’s first rollable TV next month, sources here said Tuesday, as the company tries to expand its presence in the high-end TV market.

LG recently opened a website dedicated to the Signature OLED R to receive preorders from its VVIP customers, according to the sources, reports Yonhap news agency. After holding an event for its customers in Seoul, LG is expected to launch the rollable TV in the market in late October, they said.

The price of the Signature OLED R has been reportedly set at over 100 million won ($85,400). LG’s rollable TV, with a 65-inch screen that rises from a box and can be rolled up inside, was first unveiled at the Consumer Electronics Show (CES) in the United States last year.

The world’s top OLED TV maker originally planned to launch the rollable TV in 2019, but its mass production has been delayed due to OLED display supply and yield rate issues. At this year’s CES, LG unveiled a different model of its rollable TV with a screen that rolls down from the ceiling.

How secure is WhatsApp messages ? 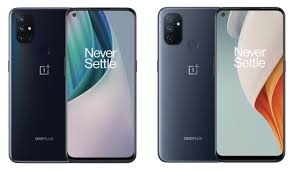 OnePlus Nord N10 and N100 coming to the US and Europe soon.

No official word on OnePlus Nord N10 and N100 India launch yet.

“OnePlus’ mission to share better technology with the world means that we strive to make cutting-edge technology more accessible to a wider range of users,” said Pete Lau, OnePlus co-founder and CEO.

The OnePlus Nord N10 5G has a plastic built measuring 8.95 millimetres in thickness and weighing in at 190 grams. The N10 features a 6.49-inch Full HD+ (2400 x 1080 pixels) resolution display with a punch-hole cutout in the top-left corner for the selfie camera. The display supports 90Hz refresh rate and is topped with a layer of Gorilla Glass 3. There’s a fingerprint reader on the back as well.

The N10 is powered by the Qualcomm Snapdragon 690 processor with an octa-core CPU clocked at upto 2.0GHz and Adreno 619L GPU. This is paired with 6GB RAM and 128GB storage with an option to expand the storage by upto 512GB using microSD card. It runs on Android 10-based OxygenOS 10 out-of-the-box.

The OnePlus Nord N10 5G is the first phone by the company to have a 64MP primary camera on the back with an f/1.79 aperture. This is followed by an 8MP ultra-wide-angle camera with a 119-degree field-of-view, a 2MP macro camera and a 5MP depth sensor. On the front, there’s a 16MP selfie camera housed within the notch cutout upfront with features like face unlock. The rear cameras can record in 4K UHD at 30FPS and 1080p at 60FPS with support for EIS.

The phone has dual stereo speakers and comes equipped with a 4,300mAh battery with support for Warp Charge 30T fast-charging standard.

The OnePlus Nord N100 has a plastic body that measures 8.49 millimetres in thickness and weighs 188 grams. The phone is being offered in Midnight Frost colour. The N100 features a 6.52-inch display with HD+ (1600 x 720 pixels) resolution and a punch-hole cutout for the selfie camera. The screen is further topped with a layer of Gorilla Glass 3 for added protection.

OnePlus Nord N100 is powered by the Qualcomm Snapdragon 460 processor with an octa-core CPU and Adreno 610 GPU. This is paired with 4GB RAM and 64GB storage with an option to expand the storage by upto 256GB using microSD card. It runs on Android 10-based OxygenOS 10 out-of-the-box.

The N100 has a triple camera setup on the back that consists of a primary 13MP camera with an f/2.2 aperture, a 2MP macro camera and a 2MP depth sensor. On the front, there’s an 8MP selfie camera with features like face unlock. The rear cameras can record 1080p videos at 30FPS but don’t support EIS.

It has stereo speakers, rear fingerprint reader and is equipped with a 5,000mAh battery with support for 18W fast charging out-of-the-box.