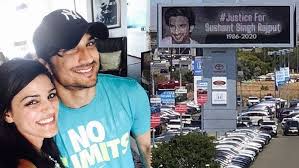 Actor Sushant Singh Rajput‘s sister Shweta Singh Kirti has decided to go on a 10 days break to ‘heal’ herself from the pain of losing her brother. She took to social media to talk about her decision and how it’s high time that she moves towards meditation and prayers to feel sane after the death of the late actor. Also Read – SSR Case: NCB Member Tests Positive, Shruti Modi And Jaya Saha Called For Questioning Today

While posting a picture of herself posing with her late brother, Shweta reminisced the time she could talk to her brother and listen to his ‘cracking jokes’ – nothing of which is possible today. She wrote, “How much ever you try to stay strong, but at times this strong pain takes over that Bhai is actually not there anymore. Will never be able to touch him or see him laugh or listen to him cracking jokes… I wonder how long will it take to heal completely. Have decided to take 10 days off from being online and immerse myself in deep meditation and prayers. Really need to heal from this pain.” (sic)

The fans of the late actor who have lent all their support to the family in demanding ‘justice for SSR’ sent love to Shweta as she decided to walk on the path of healing.

Shweta, one of the four sisters of SSR, was at the front of the movement in demanding justice to the late actor. She launched many campaigns on social media asking the fans to unite at a global level and pray for the departed soul.

Meanwhile, three federal agencies – CBI, NCB, and ED – are investigating several angles in the Sushant Singh Rajput death case. Actor Rhea Chakraborty, her brother Showik Chakraborty, house manager Samuel Miranda, cook Dipesh Sawant, and others have been arrested by the NCB in connection with drugs under the NDPS act. The probe is on. 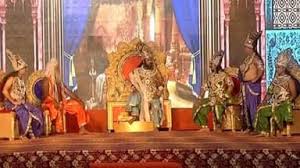