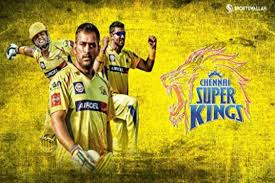 Positive cases mean is that the IPL opener, which is traditionally played between the previous season’s finalists, is in doubt with CSK being the runners-up in 2019.

The COVID-19 positive tests mean CSK will have to undergo a 14-day quarantine period instead of six days which will greatly affect their preparations.

According to a report, to ensure enough star power on the field, Rohit Sharma-led defending champions Mumbai Indians could open the season against Royal Challengers Bangalore of Virat Kohli.

“It could possibly be Royal Challengers Bangalore (RCB) because in the first match, you’ll need star players on the field. If MS Dhoni is missing, then it has to be Virat Kohli,” English daily quoted unnamed sources as saying.

Meanwhile, the English daily has also reported that the franchises are unhappy with the way BCCI has been dealing with the situation with ‘no communication’ from the Indian cricket board.

Reportedly, lights went off at a practice venue while a team was training and another team’s staff is yet to “receive the tracking devices.”

Franchises have also written to BCCI to confirm the fixtures even as they figure out how to commute between Abu Dhabi and Dubai which have different regulations for the corona virus pandemic.

The BCCI through a statement confirmed 13 cases of corona virus infections in CSK camp without divulging their names. “They should have at least told us about the members, who all got infected. For our safety,” an unnamed team source was quoted as saying by news agency IANS.

UP has created history in the Prime Minister Kisan Samman Nidhi Scheme of Modi Government, crores of farmers benefit

If you are worried about obesity, then try this small recipe once

Aaron Finch reacts after being ignored in IPL auction 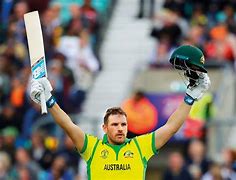 Australia limited-overs captain Aaron Finch reacted to the snub in the IPL 2021 Auction and claims it wasn’t unexpected for him. The Aussie opener set his base price for Rs 1.5 Crore but unfortunately, he didn’t attract any bid.

In the IPL 2020, Finch played for Royal Challengers Bangalore where he failed to live up to the expectations of the franchise. Finch managed to score just 268 runs in 12 games at an average of 22.33.

The 34-year-old also had a tough time with the bat in the recently concluded Big Bash League as he scored only 179 runs in 13 innings at an average of 13.76.

Finch said it would have been nice to play in the IPL again but it was not a shocker for him to get not picked in the auction.

“It would’ve been nice to be playing again, it’s an amazing competition to be a part of, but it wasn’t unexpected that I didn’t get picked up to be honest,” Finch was quoted as saying by cricket.com.au.

“I’d prefer to be playing cricket, but a little bit of time at home might not be the worst thing, having quite a full schedule since August when we left for the UK and a few times in quarantine and a lot of times in hubs and bubbles, I think just getting home and recharging the batteries might be nice. I know my wife’s definitely looking forward to it,” he added.

The Australia limited-overs skipper said he is working on his technical faults which pulled him back in the game.

He further talked about training under Australia’s assistant coach Andrew McDonald who is helping in sorting things out regarding his batting.

“I’ve talked a lot and worked a fair bit with Andrew McDonald, who I go back to every time things don’t seem quite right and he seems to sort it out pretty quick, so it’s been nice to have a good chunk of training and focusing on a few little technical changes,” he signed off.