Uttar Pradesh Chief Minister Yogi Adityanath will be invited to lay the foundation stone for numerous public services at a mosque to be constructed in Ayodhya’s Dhannipur village by a belief shaped by the state Sunni Central Waqf Board, certainly one of its workplace bearers stated on Saturday.

“On the five-acre land in Dhannipur village, which has been given for the construction of a mosque on the Supreme Court’s directive, a hospital, a library, a community kitchen and a research centre will also be built. These will be for the public and Chief Minister Yogi Adityanath will be invited to lay the foundation stone for these projects,” secretary and spokesperson of the belief – Indo-Islamic Cultural Foundation (IICF) – Athar Hussain advised PTI.

He stated the chief minister will not solely take part in the programme, however will additionally help in the development of those public services.

Asked whether or not the mosque will be named as “Babri Masjid”, Hussain stated, “There is no such thinking. The name is yet to be finalised.Barring the Masjid-e-Nabwi (Madina in Saudi Arabia) and a few other mosques, the names of other mosques do not matter. In the eyes of Allah, the ‘sajda’ done at the mosques is important, everything else is meaningless,” he added.

The belief constituted by the Uttar Pradesh State Sunni Central Waqf Board to assemble the mosque is in the method of establishing an workplace in the state capital, which will be practical in 10-12 days.

“The trust has been formed. In accordance with rules, we have applied for a PAN card in its name and awaiting its delivery, after which we will meet online and pass a resolution for opening a bank account. We met online last month. As of now, we have identified an office space and renovation work is going on there. It will take 10-12 days for the work to be completed, after which the office will be functional,” Hussain stated.

A member of the belief stated, “Ayodhya District Magistrate Anuj Kumar Jha has formally handed over the possession of the land for the mosque to the trust members. We have got a certified copy of the revenue record.”

The belief will have 15 members, of whom the names of 9 have been declared and the remaining will be finalised soon. “We will co-opt the remaining six trustees. The secretary of the trust will also be its official spokesperson,” a member of the stated.

After the “bhoomi pujan” for the Ram temple in Ayodhya, the chief minister had stated on tv that “as a yogi and as a Hindu”, he couldn’t go for the inauguration of a mosque.“If you ask me as a chief minister, I have no problem with any belief, religion or community. If you ask me as a yogi, I will definitely not go because as a Hindu, I have the right to follow my way of worship and act accordingly,” he had stated. 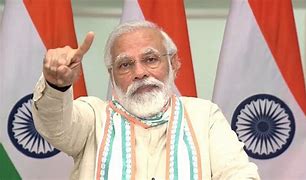 Prime Minister Narendra Modi, during his address at the convocation of the Dr MGR Medical University, said that the government is transforming the entire medical education and healthcare sector and the National Medical Commission would bring great transparency.

While addressing the students and teachers at the convocation ceremony of the Dr. MGR Medical University, PM Modi congratulated all the students, especially the female students in the college and said that it is an honour to see women leading the country in different fields.

PM Modi, while talking about the success of women across the country, said, “When this happens, it is a moment of pride and a moment of joy.” He further talked about the former CM of Tamil Nadu and said Dr. Ramachandran would have been proud of the success of the institute and its students.

The students of this university are graduating at a time when the world has taken notice of the Indian healthcare system and its doctors and scientists, the prime minister said while referring to the ongoing pandemic situation.

Lastly, PM Modi told the students at the convocation ceremony, “I request all of you to still keep your sense of humour intact. It will also help you cheer up your patients and keep their morale high.”