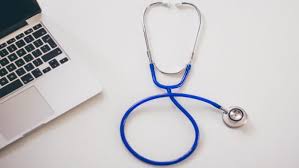 Prime Minister Narendra Modi is likely to announce the National Digital Health Mission (NDHM) on August 15, which has been envisaged as a complete digital health ecosystem with personal health IDs for every Indian, digitization of health records as well as a registry of doctors and health facilities across the country.
The proposal has received in-principle cabinet approval and the final nod is expected by the end of this week, top official sources said. “The PM is expected to announce launch of the mission as part of his Independence Day speech on August 15,” a source said.

The digital platform will be launched with four key features – health ID, personal health records, Digi Doctor and health facility registry. At a later stage, it will also include e-pharmacy and telemedicine services, regulatory guidelines for which are being framed.

The platform is voluntary as it will be up to an individual to get enrolled on the app. Health records will be shared only after authorization by the individual. Similarly, it will be up to hospitals and doctors to provide details for the app. The government, however, feels the utility of the app will ensure widespread participation.
“The implementation of NDHM is expected to significantly improve efficiency, effectiveness and transparency of health service delivery overall and accelerate India’s progress towards achievement of UN Sustainable Development Goal 3.8 of universal health coverage, including financial risk protection,” National Health Authority (NHA) chief executive Indu Bhushan said.

The NHA, the implementing agency for Ayushman Bharat, has created the platform, which will be available in the form of an app and website. The initiative is seen as another flagship measure in the healthcare sector after health insurance scheme Ayushman Bharat (Pradhan Mantri Jan Aarogya Yojana) and will be initially launched in select states and expanded in a phased manner.

The finance ministry has approved a budget of Rs 470 crore for the proposal, but the final NHA proposal may not seek more than Rs 400 crore.
Privacy is taken care of in the design where the ownership of data remains with individuals and consent is required to access it. The individual will have a choice to allow a medical practitioner or facility to access the data even for a limited period of time.
People will also have a choice to link their unique health ID with Aadhaar if they wish to. This ID will be applicable across states, hospitals, diagnostic laboratories and pharmacies.
“NDHM is not a mandating system. It will be an empowering system. It is 100% voluntary in nature but is designed in a manner that it is going to have so many benefits that we feel there is no reason to say no. No one can access someone’s data without consent and there are no exceptions to it, including the government. It is also completely seamless and portable,” an official said.
The Digi Doctor option will allow doctors from across the country to enroll and their details, including their contact numbers if they want to provide them, will be available. These doctors will also be assigned digital signature for free which can be used for writing prescriptions.
Similarly, health facilities will be assigned a unique electronic identifier. This will have a two-fold function — it will ensure that all health facilities are mapped and will also be the identifier that the facility can use for all its clearances and audits. 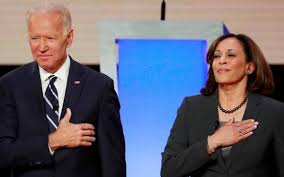 Soon after the US President-elect Joe Biden signalled that fighting the Covid-19 pandemic will be an immediate priority for his administration, a new study revealed that coronavirus cases in the country are likely to double before he takes office.

According to the study, published in the journal Scientific Reports, Inauguration Day is still two months away and the number of confirmed Covid-19 cases are likely to increase to 20 million by the end of January, nearly doubling the current level of 12.3 million cases.

“One of the key reasons for the increased accuracy of our model over other Covid-19 forecasts is that this model accounts for the fact that people live in interconnected social networks rather than interacting mostly with random groups of strangers,” said study author Raphael Thomadsen from Washington University in the US.

“This allows the model to forecast that growth will not continue at exponential rates for long periods of time, as classic Covid-19 forecasts predict,” Thomadsen added.

An interactive online version of the model also allows users to observe the impact different levels of social distancing will have on the spread of Covid-19.

“If we continue, as a nation, at the current level of social distancing, the model forecasts that we are likely to reach 20 million cases before the end of January 2021,” the authors wrote.

The upcoming holiday season will present a great deal of uncertainty to the outlook of the pandemic as people travel more at the end of the year.

“This will likely make our forecast an optimistic one,” said Meng Liu, assistant professor of marketing and study co-author.