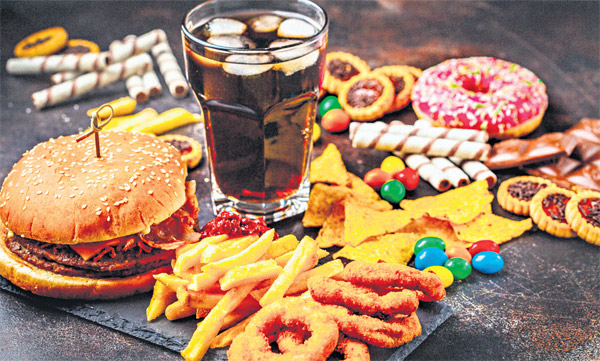 If your child loves junk food, be careful. A 17-year-old boy’s eyesight was snatched away by junk food. He had been eating only chips, burgers, french fries, sauces and sometimes ham and white bread for 10 years.

Let me tell you, the eyesight of a 17-year-old boy was lost only by eating junk food. This made him a victim of malnutrition and this habit snatched away his eyesight.

The boy’s mother told the doctors that when he was seven years old, he used to eat only junk food, he had given up eating and eating things.

He did not like the color and appearance of fruits and vegetables. Currently, this teenager has been admitted to the hospital.

The doctor says that only junk food foods were included in the food items of this teenager. He never liked fruits and vegetables.

So chips and Pringles were his special food. Due to this, he suffered an avoidant-restrictive food intake disorder.

Patients suffering from this disease do not like to eat food with a particular complexion, smell, taste. Vitamin B12 is very low in the body.

At the same time, the minerals are also greatly reduced. Junk food or processed food, due to the high amount of sugar and carbohydrates, affects the hearing and weakens bones.

Headache can be a problem due to staying empty stomach, be cautious

CM Yogi Adityanath has directed that along with monitoring of all the dams of the state, the availability of necessary repair material should also be ensured, so that it can be prevented before any damage occurs.