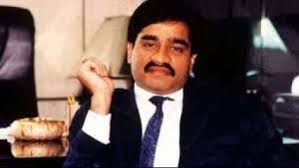 Even as intelligence agencies report that India’s most wanted fugitive Dawood Ibrahim and his wife have tested positive for Covid-19 and are admitted in Army Hospital, Karachi, Dawood’s brother Anees Ibrahim, who controls D-company’s underworld operations and finance, denies such reports.

Speaking from undisclosed location over phone,Anees told IANS that though corona virus is a dreaded epidemic, his brother Dawood and the entire family was not affected by it and are putting up at their home.

In a rare conversation, the mafia don also admitted to running s in the UAE and Pakistan. Intelligence reports had earlier said that Dawood and his wife have tested positive for corona virus. The reports also revealed that his personal staff and guards have been quarantined.

Dawood Ibrahim Kaskar, patronised by Pakistan’s spy agency Inter-Services Intelligence (ISI), is believed to be residing in Karachi and is accused in several cases of cross border crimes including the 1993 Mumbai serial blasts.

For years, Islamabad has repeatedly denied Dawood and his amily’s presence in Pakistan. D-company’s sharp shooter and in-charge of extortion and betting syndicate, Chhota Shakeel also resides in Karachi. “Bhai (Dawood) is fine and Shakeel is also fine.

No one has tested positive for corona virus. No one from our family is admitted in hospital,” said Anees, who chose to be silent when asked about his current location.

Settled in Pakistan since 1994, Dawood’s family in Karachi also includes his daughter Mahrukh, who is married to the son of former Pakistan star cricketer, Javed Miandad.

D-company’s strategist Anees has been in news since early 1990s when he reportedly got a vehicle loaded with arms parked in filmstar Sanjay Dutt’s residence in Mumbai.

He was also accused of funding Bollywood films and running betting syndicates in cricket from his base in Dubai. A couple of years ago, he was reportedly detained in Saudi Arabia but managed to escape from Indian agencies’ dragnet.

Intelligence dossier submitted by Indian government to various international agencies including the UN and Interpol reveals that D-company has a major transport business running across Karachi airport to Afghanistan. The truckers employed by D-company also help the don in trafficking of contraband heroin through a well-oiled chain of carriers on Afghan-Pakistan border.

Of late,Dawood and his brother have also invested in hotel and resorts business in Pakistan and the UAE. The don also owns several malls in Sindh province, beside a paper mill in Kotri, near Hyderabad (Pakistan).

Though IANS authenticates its telephonic conversation with Anees Ibrahim, the news agency has no independent sources in Karachi to deny or confirm Dawood and his wife’s admission in a Pakistan Army hospital due to corona virus. 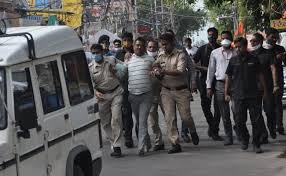 Vikas Dubey, the biggest most wanted history sheeter in UP and the killer of eight policemen in Kanpur, has been arrested from Ujjain in Madhya Pradesh.It is a matter of great surprise that by dodging the police in Faridabad, Haryana, the absconding mafia development reached Ujjain in Madhya Pradesh about eight hundred kilometers away.What could be more embarrassing for khaki and agencies, while the country’s intelligence agency IB was behind the development. Perhaps this is called the game of thief police.

Vikas Dubey’s arrogance did not diminish even after being caught by the police. When the police caught him and started to sit in the car, he also showed his arrogance. Iqbal of the police of Uttar Pradesh, the country’s largest state, was drowned in development, first in Kanpur and then in Ujjain by surrendering the right honor.According to the priest of Mahakal temple, Vikas Dubey wanted to surrender himself due to fear of encounter. After reaching the temple premises around 4 am, Vikas Dubey shouted and said that he is Vikas Dubey. It is clear that this mafia had done very well to see Lord Mahakal.

The security of Ujjain’s Mahakal temple has also come under the scanner due to going inside the most sensitive temple of Mafia like Vikas, even if Madhya Pradesh Police does not pat any number of its back on the arrest of Vikas.Vikas asked the security personnel of Mahakal temple to inform the police. After that information was given to the police post of Mahakal temple. For the development of darshan, it was necessary to get a receipt of Rs 250 and entered the temple.

The latest development is that two more colleagues of Vikas Dubey, Prabhat Mishra and Boua Dubey, in the police encounter on Thursday morning The Kanpur police team was killed and was coming to Kanpur with Dubey’s special Prabhat Mishra on transit remand,Meanwhile, on the way, Prabhat tried to escape by snatching the police pistol, during which he also fired on the police. When the police also fired, Prabhat was injured, the doctors in the hospital declared him dead.

At the same time, another development partner, Baua Dubey, has also been killed in Etawah. Well, the most wanted incident of Kanpur’s biggest scandal has gone up in the hands of the police, but Vikas was in contact with the influential leaders and officers who were giving information about every movement of the police to Vikas.

The news may also come that while bringing development from Ujjain to UP, it may not run away or the encounter of Mafia Vikas Dubey like the rest of the companions. Right now development agencies are bringing UP.