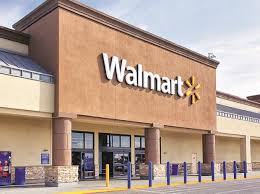 The Indian government has rejected Flipkart’s  proposal to enter the food retail business in a setback for Walmart, which owns a majority of the Indian e-commerce firm and which recently counted its business in Asia’s third-largest economy as one of the worst impacted by the global corona virus pandemic.

The Department for Promotion of Industry and Internal Trade (DPIIT), a wing of the nation’s Ministry of Commerce and Industry, told Flipkart, which competes with Amazon India, that its proposed plan to enter the food retail business does not comply with regulatory guidelines — though it did not elaborate, according to a person familiar with the matter.

Rajneesh Kumar, chief corporate affairs officer at Flipkart, told Tech Crunch that the company was evaluating the agency’s response and intended to re-apply.

“At Flipkart, we believe that a technology and innovation-driven marketplace can add significant value to our country’s farmers and food processing sector by bringing value-chain efficiency and transparency. This will further aid boosting farmers’ income and transform Indian agriculture,” he added.

While announcing the plan to enter the nation’s growing food retail market, Kalyan Krishnamurthy, Flipkart Group CEO, said in October last year that the company planned to invest $258 million in the new venture.

Flipkart planned to invest deeply in the local agriculture-ecosystem and supply chain, and work with tens of thousands of small farmers, their associations and the nation’s food processing industry, Krishnamurthy said. The food retail unit would help “multiply farmers’ income and bring affordable, quality food for millions of customers across the country.”

A Flipkart executive, who did not want to be identified, said they were “at a loss of words” to assess on what ground their application was rejected.

Food and grocery are compelling categories for e-commerce businesses in India as it enables them to engage with their customers more frequently. According to research firm Forrester, India’s online food and grocery market remain significantly tiny, accounting for just 1% of the overall sales.

In the most recent quarterly earnings call, Walmart  said limited operations at Flipkart had negatively affected the group’s overall growth. New Delhi announced one of the world’s most stringent lock downs across the nation in late March that restricted Amazon and Flipkart from delivering in many states and only sell “essential items,” such as grocery and hygienic products.

India maintains the stay-at-home orders for its 1.3 billion citizens, though it has eased some restrictions in recent weeks to resuscitate the economy.

In a serious push to natural farming within the nation, the Agriculture Ministry has proposed to double the allocation for the sector to Rs 1,300 crore yearly. The Center has supplied Rs 660 crore to help the sector in its funds estimate (BE) for FY21. In a presentation to the Fifteenth Finance Fee, the Agriculture Ministry has proposed to convey extra 25 lakh hectares underneath natural farming within the subsequent 5 years. The present natural farming protection of 28 lakh hectares is a measly 2% of the entire farm land.

The federal government has been selling natural farming within the nation by varied central schemes. The transfer is geared toward decreasing the usage of chemical fertilizers, pesticides and progress regulators. States corresponding to Madhya Pradesh, Gujarat, Maharashtra and Sikkim have boosted natural farming by offering varied incentives and help.

This made up about 7.5% of complete EU agricultural land in that 12 months. Moreover motivating farmers to take up natural farming, India has been pushing for exports of natural merchandise particularly vegetables and fruits. As per Agricultural and Processed Meals Merchandise Export Improvement Authority (APEDA), complete exports of natural merchandise in worth phrases recorded a 50 per cent leap in 2018-19 to Rs 5,151 crore. Among the many main meals gadgets that had been shipped out from the nation included flax seeds, sesame, soybean, arhar (purple gram), rice and tea. The US and European Union (EU) member-countries had been the most important consumers of those natural merchandise.

However not everybody is happy about natural farming. Subhash Palekar –  the pioneer of Zero Funds Pure Farming (ZBNF) – mentioned that natural farming is a overseas technique and shouldn’t be inspired when the federal government is stressing on AtmanirbharBharat.

“AtmanirbharBharat means Swadeshi. Natural farming will not be Swadeshi and it destroys the fertility of the land. It’s far dearer than standard farming utilizing chemical fertilizers. The enter value is much increased in case of natural farming. It is past my understanding that whereas the federal government is speaking about Atmanirbhar Bharat it has determined to advertise natural farming. This coverage will not be proper,” Palekar mentioned.

Agriculture coverage professional Vijay Sardana mentioned that there was no dependable information to conclude that productiveness goes up in natural farming. “There is no such thing as a subject in pushing for natural farming however the authorities also needs to spell out its meals safety plan. Then, the opposite subject is natural merchandise are offered at a premium so solely the wealthy can afford to purchase,” Sardana mentioned.