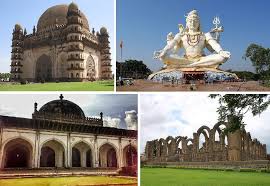 Karnataka government has decided to open temples coming under the Muzrai department after Lock down 4.0 ends on May 31. 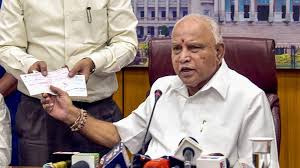 The state government on Tuesday hinted that places of religious worship may be allowed to reopen from June 1, keeping social distancing and other norms in place.
In principle, the government has decided to open temples coming under the Muzrai department after Lock down 4.0 ends on May 31. The decision was taken at a meeting chaired by Chief Minister BS Yediyurappa.

“Movement of people on air and rail has started. We have been receiving repeated pleas from devotees that temples should be opened. When this was discussed with the CM during a review of the Muzrai department, it was decided that temples can start from June 1,” Muzrai Minister Kota Srinivas Poojary told reporters.

Poojary said all day-to-day activities will be allowed in temples. “But religious fairs and ceremonies will not be permitted,” he said.

All places of religious worship have been closed for the public ever since Karnataka enforced a state-wide lock down on March 24 to contain COVID-19.

On the occasion, Yediyurappa launched an app-based online booking of sevas that will be rolled out in 52 Muzrai temples from Wednesday. These include the Sri Mookambika Temple in Kollur, Kukke Sri Subramanya Temple, Renuka Yellamma Temple in Saundatti, Banashankari Temple and Gavi Gangadhareshwara Temple in Bengaluru among others.

“This means that citizens can book a seva online. A few temples had this facility already. In the last one year, the Kukke Subramanya had 32,000 Sarpa Samskaras via online booking. In the Kollur temple, some 3,000 sevas were booked online. In the Chamundeshwari temple, sevas worth Rs 49 lakh were booked online,” Poojary said.

The government’s original plan was to also provide e-darshan and send prasadam through postal service. “No decision has been taken on live-streaming yet. The main temples of Kukke Subramanya and Kollur Mookambika are resisting going live. We will live-stream other temples, but after some time,” a Muzrai official said“We will look at sending prasadam in a week’s time.”