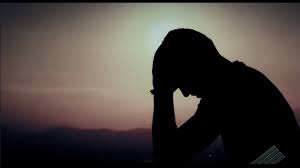 Cases of stress, anxiety, depression are more common in couples, most affected people in the age group of 35 to 49 years Experts advice- stay alone for some time, do what you like, do not stay around each other for 24 hours The most problem in corona and lock down is the couples who were not used to sitting at home before.

According to Google trend data, since lock down, people in India have been doing a lot of research about stress and therapy. Experts believe that this is happening due to economic condition, work, health, stress and relationship. According to the Indian Psychiatric Society, due to Corana, cases of mental illness in India have increased by almost 20%. In particular, cases related to stress, anxiety, depression are seen more in couples.

The maximum impact has been on people between the ages of 35 and 49 years.

Celebrity Psychologist, Emotional Intelligence Coach and Relationship Expert Dr. Nisha Khanna says that relationships have also increased in tension since the lock down. Irritation between husband and wife has increased due to the constant stay at home, mother-in-law is getting more and more frequent, couples are spending more time on social media. Extra marital affairs are also being disclosed.

Dr. Khanna is telling what kind of cases are coming to him during lock down-

Case1- A working couple in Delhi is working from home these days due to lock down. But daughter-in-law is getting upset with mother-in-law’s taunts. Earlier she used to go to office, so there was not much time with mother-in-law, but now it is not so. The woman says that her mother-in-law always hopes that I become a super woman. I cook and also do all the household chores. Due to all this, quarrels were also taking place between daughters-in-law and mothers-in-law. In such a situation, the husband is finding it difficult to balance between the mother and the wife. They do not understand whether to explain it to the wife or to the mother.

Case2- The case is from Mumbai. Before the lock down, the husband lived outside for a long time, then could not notice the wife. His wife is a public figure. She spends more time on social media. Now her husband and children are facing problems due to this. He notices that if 200 comments come to a post of his wife, she replies to everyone. Both children and husband are getting upset due to this.

Case3- Husband is a doctor, wife prepares for an exam. The husband is currently posted in the Covid ward of a hospital and resides there. The wife does not know how to cook. Can’t even see the responsibility of the house. The cook and the servant are on leave, so they are having a lot of trouble. The wife is taking advice on all these things.

Case4- Both spouses already had extra-marital affairs. Due to the earlier working, both did not have time to talk openly on this, but both are at home since the lock down. In such a situation, they try to talk to each other, then the blame game starts. Both could not get out of their past. If one tries to understand, the other is not ready.

Case5- Amid lock down, a husband catches wife’s Extra Marital Affairs. My wife says that my husband used to abuse and beat me up, so I had affairs. However, she realized her mistake in counseling. After this, the husband also admitted his mistake. Both of them said that I made a mistake and one of them.

Case6- In the middle of the lock down, a love couple got married. Even the family members were not told about it. The boy later told the parents through a counselor that he had married. Actually, both of their families were not ready for this marriage. However, now the family has accepted them.A large number of people are resorting to doctors and experts

Dr. Nisha Khanna says that stress and depression cases have been coming up a lot since Covid-19. Those who think that doctors and experts only take help abroad for matters related to relationship, is not the case at all. In India too, there are many cases related to relationship. Just these things happen inside, because no one wants to bring it on the public platform. Tension has increased in people who are not considered partners at home.

According to Dr. Nisha, they are having the most difficulty in lock down, who are not used to sitting at home. Apart from this, there is increased tension in such people, who are not considered partners at home. In any relationship in which two people do not have the same temperament, there is no compatibility, so it is natural to have tension there. Whether they are two friends, partners or spouses. Corona has changed a lot in lifestyle and thinking.

Dr. Nisha says that many people do not have the habit of sitting empty. But the number of such people has increased due to lock down and corona. This is natural, because you cannot live with the family for a whole week or month. How much TV will you watch, how many web series will you watch? You cannot give films all day. I did not watch as much TV for a whole month, as of now I am watching in a week. There has been a lot of change in lifestyle and thinking from Corona.But if you want to be happy, then you should come to handle thorns with flowers in life. People are unable to put energy in the right place, so also increased stress.

According to Dr. Nisha, recently she came across a case in which it is found that stress has increased due to continuous work, a mother who is a profession doctor, nowadays she is treating corona patients. One day, he raised his hand on his 29-year-old daughter, whereas he had never done so before. Apart from this, people who do not have the habit of living alone, do not have the habit of sitting alone, these days they are not able to put their energy in the right place. Depression and stress have increased in such people. In such a situation, couplets should focus on…

What to do to improve relationship?

Spend some time alone. Do what you like. Do not stay around each other for 24 hours. Create a Discipline routine. Spent time with emotion. Eat healthy food. Talk to friends via phone and social media. Compliment each other. Do not criticize. Don’t impose anything on each other. Give Private Space do the exercise. Avoid speaking too much.

What do working couples do at home?

Set a fixed place for work. Work in different rooms. Focus on work. Keep the mood good. Work by living in the discipline.

What should the partners who are far away do?

Partners are part of life, but not the whole life. So do not depend too much on each other. Do the work of your choice. Therefore accept the truth. Be happy even while away.

Related Topics:anxietyCases of stressdepressionEmotional Intelligence Coach and Relationship Expert Dr. Nisha Khannaextra marital affairsmental illness cases in India increased by 20%Relationship in lockdownWhat do working couples do at home?What should the partners who are far away do?What to do to improve relationship?
Up Next

Everyday activities such as climbing stairs or simply walking to the neighbourhood store can significantly enhance our personal well-being during the pandemic times, particularly in people susceptible to psychiatric disorders.

It is a well-known fact that exercise enhances physical well-being and mental health but the impact of everyday activities on a person’s mental health has hardly been studied so far. For example, it is not yet clear which brain structures are involved.

Now researchers from Karlsruhe Institute of Technology (KIT) and the Central Institute of Mental Health (CIMH) in Germany have studied the brain regions which play a central role in this process.

“Climbing stairs every day may help us feel awake and full of energy. This enhances our well-being,” the authors wrote in a paper published in the journal Science Advances.

“At present, we are experiencing strong restrictions of public life and social contacts which may adversely affect our well-being. To feel better, it may help to climb stairs more often,” said Professor Heike Tost from CIMH in Mannheim, Germany.

To reach this conclusion, 67 people were subjected to ambulant assessments to determine the impact of everyday activity on alertness for seven days.

It was found that the people felt more alert and were bursting with even more energy directly after the activity.

Alertness and energy were proved to be important components of well-being and psychic health of the participants.

These analyses were combined with magnetic resonance tomography at CIMH for another group of 83 people.

“It was found that the ‘subgenual cingulate cortex’, a section of the cerebral cortex, is important for the interaction between everyday activity and effective well-being,” the authors wrote.

It is in this brain region where emotions and resistance to psychiatric disorders are regulated.

The authors identified this brain region to be a decisive “neural correlate” that mediates the relationship between physical activity and subjective energy.

“People with a smaller volume of gray brain matter in this region and a higher risk of psychiatric disorders felt lesser full of energy when they were physically inactive,” Tost said.

“After everyday activity, however, these persons felt even more filled with energy than persons with a larger brain volume.”