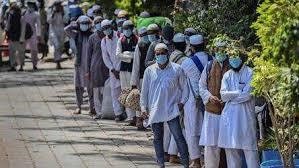 As many as 46 foreign nationals from Malaysia, Kyrgyzstan, Bangladesh, Indonesia and Kazakhstan have been arrested from three districts of Bihar and sent to jail for violation of visa norms.According to police officials 18 foreign nationals were arrested from Araria district, 17 from Patna, and 11 from Buxar district.Among them, 20 are from Malaysia, nine each from Bangladesh and Kyrgyzstan, seven from Indonesia and one from Kazakhstan.

“All had come to Bihar after attending the Tablighi Jamaat congregation at Nizamuddin in New Delhi recently,” said a police official.

When their quarantine ended on Monday, they were arrested in the respective districts for violation of Foreigners Act 1946 and produced before local courts which sent them to judicial custody for 14 days on Tuesday.

Earlier, they all were kept in quarantine for two weeks after they were picked up by the police on the complaints lodged by local residents. However, their test results for novel corona virus were found negative.

When their quarantine ended on Monday, they were arrested in the respective districts for violation of Foreigners Act 1946 and produced before local courts which sent them to judicial custody for 14 days on Tuesday.

“They are kept in separate wards of jail in Patna, Araria and Buxar jails,” the official said.

“All of them had come in India on tourist visa but indulged in promoting religious activities in violation of the Foreigners Act 1946,” he added.

The police have seized their visa, passport and other related documents.

The Superintendents of Police in Patna, Araria and Buxar districts said “they were arrested under Section 14(B) of Foreigners Act 1946”.

“All 17 foreign nations were earlier picked up from Kurji area of Patna on March 23 and kept in quarantine…we’re also tracing people who had invited them to Patna,” said Patna SSP Upendra Sharma.

The arrested foreigners may be sentenced to five-year jail term if found guilty under the provisions of Foreigners Act 1946 and convicted by the competent court. 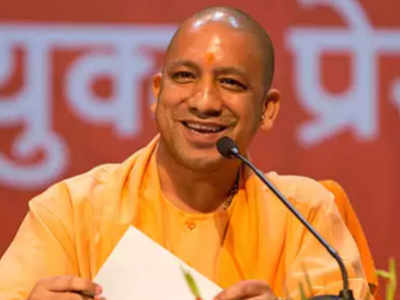 Uttar Pradesh was the first state to have crossed the milestone of conducting five crore Covid tests out of which nearly 2.60 crore samples were taken from the rural areas. Emerging as a leader in conducting maximum COVID Tests, Uttar Pradesh has tested as many as 5,33,45,463 samples for the novel coronavirus infection so far.

More than that twenty-five oxygen plants were already functional in the state before the government took the step of constructing more on a war-footing to ensure the availability of sufficient amounts of medical oxygen in view of any possible future requirement.

Becoming self-reliant in terms of producing the life-saving fluid, as many as 87 of the 427 oxygen plants have already been established and are functional while work on the rest is going on in Uttar Pradesh.

Real-time monitoring of the installation work has been planned, with the district administrations being asked to continuously monitor the progress of installation work of these plants and ensure availability of raw material so that it can be completed on time.