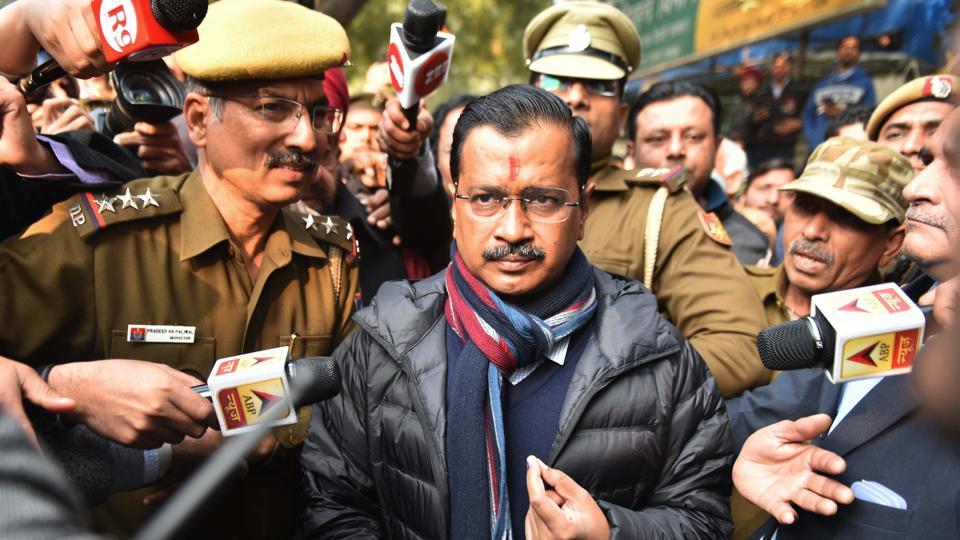 New Delhi: Delhi”s ruling Aam Aadmi Party (AAP) is slated to win big in all the city”s seven parliamentary constituencies, securing anything from 49 to 63 seats out of the total 70, as per the IANS-CVoter exit poll.

The exit poll, conducted on polling day Saturday, asked 11,839 respondents, across all 70 Assembly constituencies, whom they voted for.

As per the findings, the AAP could win 7 to 9 seats in the Chandni Chowk Lok Sabha area, while the BJP could bag one to three seats and the Congress can emerge victorious on one seat.

AAP Minister Imran Hussain is pitted against former Minister Haroon Yusuf (Congress) from the Ballimaran seat while the BJP has fielded former AAP Minister Kapil Mishra from the Model Town seat and Congress” Alka Lamba, who was earlier in the AAP, is contesting from Chandani Chowk seat.

In Chandni Chowk Lok Sabha area, the exit poll predicts that Congress is likely to get 5.6 per cent vote share, the BJP 39.6 per cent and the AAP gets a massive 52.2 per cent. Others will get 2.6 per cent.

In the East Delhi Lok Sabha seat, the AAP could emerge victorious in six to eight assembly seats, while the BJP may win one to three seats and the Congress one.

In East Delhi Lok Sabha area, the exit poll predicted that Congress is likely to get 8.9 per cent vote share while the BJP gets 33.5 per cent and the AAP a massive 53.6 per cent. 4 per cent votes will go to others.

The AAP is leading also from the New Delhi Lok Sabha seat with a prediction of winning seven to nine seats, while the BJP may win one to three seats and the Congress will score a nil.

The AAP”s magic also remains intact in Northeast Delhi Lok Sabha area, where the party is supposed to win seven to nine seats while the BJP may win one to three seats. The woes persist for the Congress as the party might not open its account in the area.

In Northwest Delhi, the AAP may sweep on eight to 10 seats while the BJP might win on two seats, and the Congress none.

The AAP also scores in South Delhi, where the Kejriwal-led party is predicted to win seven to nine seats while the BJP is likely to win one to three seats and the Congress one.

In West Delhi, the AAP remains the prime a force as the exit poll predicts it will win seven to nine seats, while the BJP is likely to win one to three and the Congress may again not open its account. 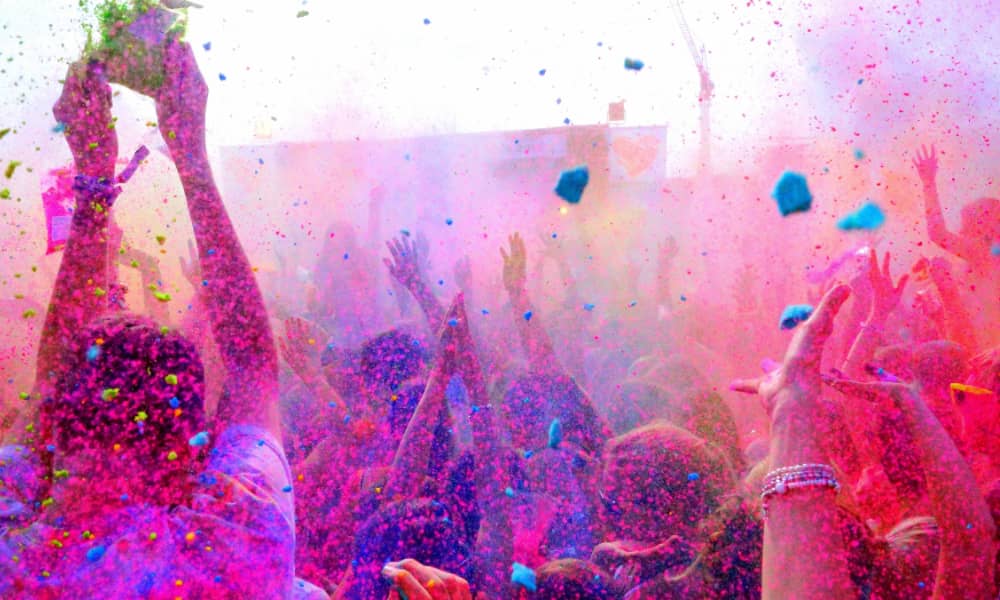 With Holi -the festival of colours coming up — everyone is busy buying colours, ‘pichkaris’, and balloons but with increasing environment pollution and severe allergic reactions to synthetic colours, there is a growing awareness among people to opt for organic variants.

“In an approximately Rs 4,500-crore unorganised Holi colour market, the share of the organic variety is miniscule, but growing,” said Madhumita Puri, Founder and Executive Director of Avacayam Naturals, a Delhi-based manufacturer of organic colours.

The adverse effects of synthetic colours was observed in a study titled ‘The Holi Dermatoses’, published in the Indian Journal of Dermatology. 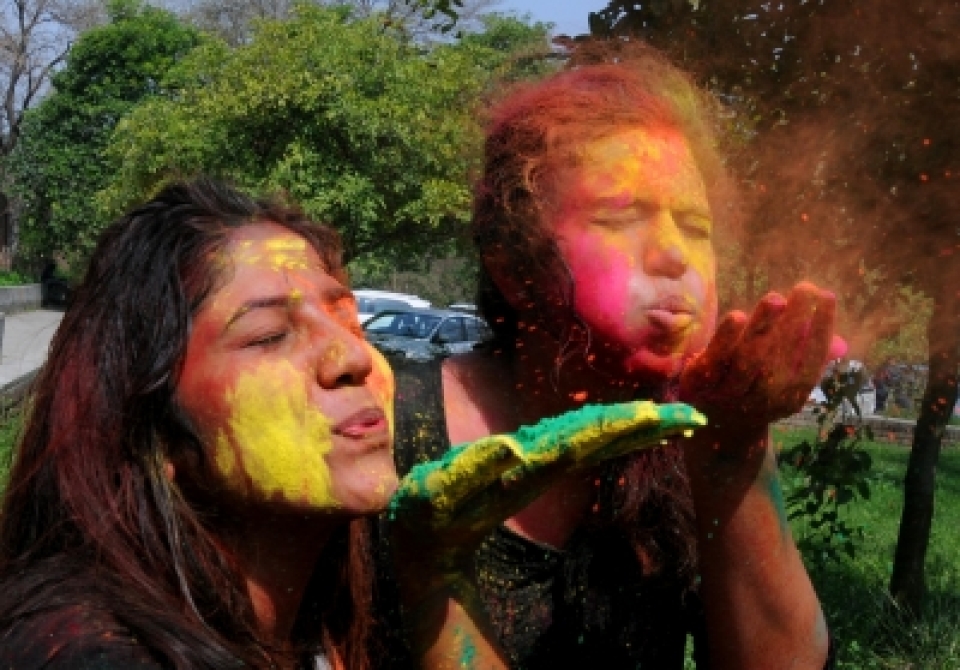 It found a spate in skin diseases following the spring festival in India.

In the study conducted on 42 patients in Kolkata, 11 patients suffered due to activities related to preparation of colors and 12 reported aggravation of pre-existing dermatoses.

Nearly 60 per cent patients reported itching, while others reported to have suffered from a burning sensation, scaling, redness and watering of the eyes, as per the study.

This solves three purposes at one go – generates employment for the disabled, manufactures harmless eco-friendly colours, and there is optimal usage of waste flowers.

Speaking to IANS, Puri said: “For making the colours, we collect used flowers — roses, marigolds, and others — and leaves from temples, weddings, and hotels.”

Avacayam Naturals, one of the programs that Puri started under her “Trash to Cash” scheme, makes four colours: Pink from roses, yellow from yellow marigolds, orange from orange marigolds, and green from leaves.

On being asked if the colours are harmless, she said: “Rather than damaging the environment, they are beneficial as each packet of colour is made from waste flowers which otherwise would dirty the place.”

How are the colours made? 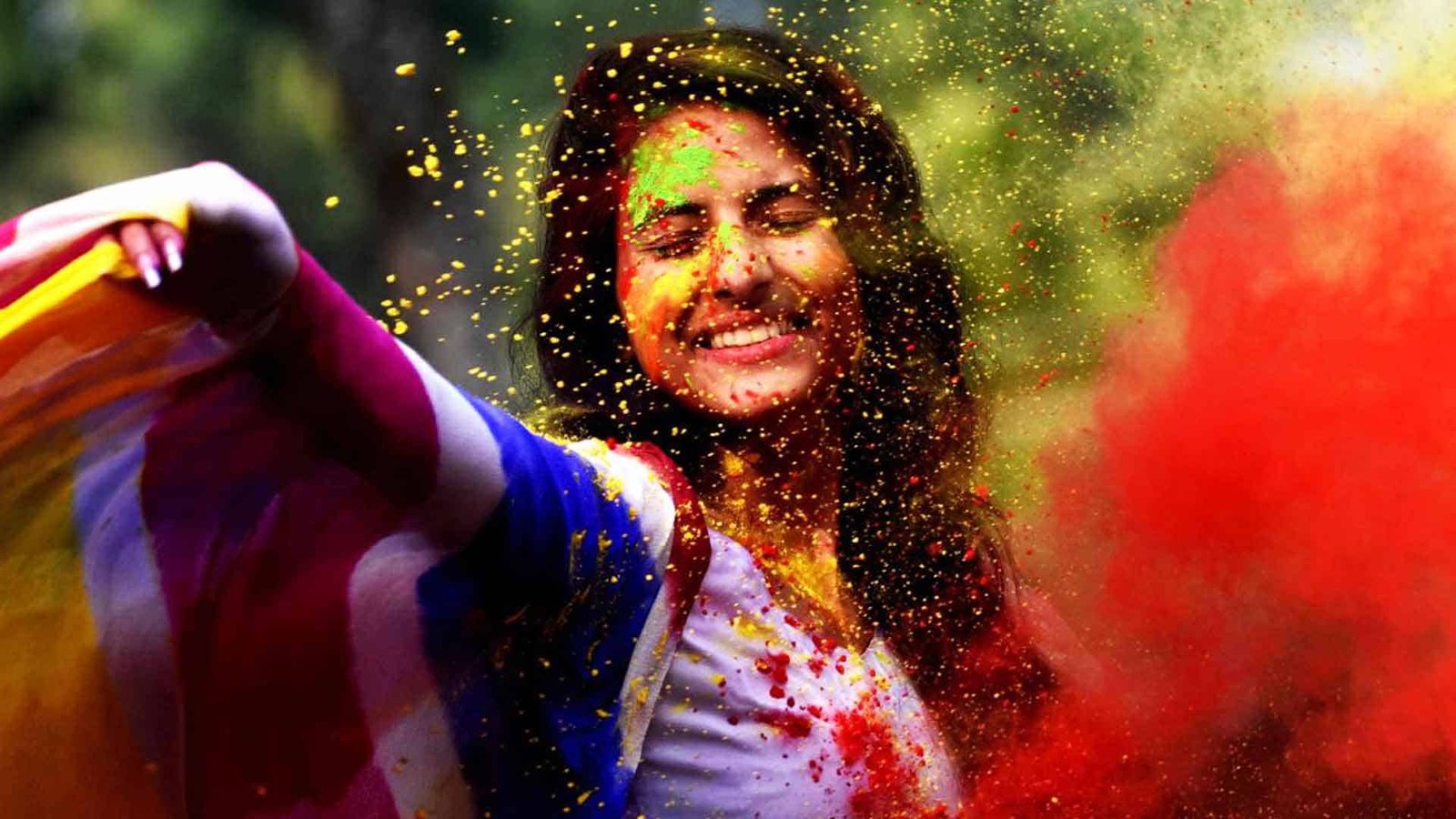 “After the flowers are collected, the workers sort them in different baskets according to their colour. Then, the petals and seed pods are separated and cut. These are then spread out to dry in a well ventilated space for all the moisture to evaporate.

“After that, they are ground and processed — without adding any chemicals — to be made into colours for people to enjoy,” Puri said, adding that the process of collection, drying, and grinding continues throughout the year but it is only before festivals that they process them into the final product.

“In a year, we manufacture around 20 tonne of pure organic colour, some of which is sold to Walmart India. One kilo of colour is sold between Rs 600 and Rs 1,000.”

When asked about the expiry date of these colours, Puri said: “The product is a dry one and completely natural. We have been testing them since five years now and have not found any deterioration in the quality, fungal infestations, or weevils. So there is no ‘expiry date’ to them.”

Another such manufacturer is Jaipur-based Red Earth which makes colours “exclusively from edible materials and scent them with pure, traditional attars”.

Speaking to IANS, Himanshu Verma, Director-Owner of Red Earth, said: “Every 2-3 years, we change our colour palette… this year we have four colours — Sunahra Dhamaal, Shvet Abeer, Neem Sanrachna, and Gulabi Nagariya — that are inspired by local materials.”

“The colours are curated on the basis of availability of local materials. We use items like camphor, neem, mehendi, multani-mitti, geru powder, arrowroot, flour, and others,” Verma said, adding that 50-60 per cent materials used are edible so that even if someone ingests them by mistake, they will not be as harmful.