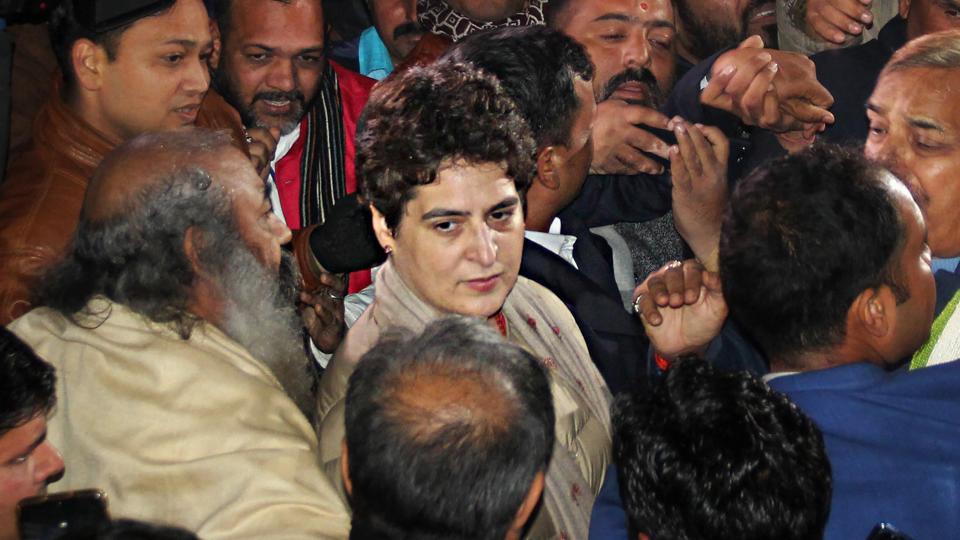 New Delhi: Businessman Robert Vadra on Sunday hit out at the way his wife and Congress General Secretary, Priyanka Gandhi Vadra, was treated by the Uttar Pradesh Police.

Robert Vadra on Sunday took to Twitter express his displeasure: “I am extremely disturbed at the way Priyanka was manhandled by the woman cops. While one held her by the throat, the other woman cop pushed her & she fell down. But she was determined & she travelled on a two-wheeler to meet family members of Former IPS officer SR Darapuri. I am proud of you Priyanka for being compassionate & for reaching out to people who need you. What you did was correct & there is no crime to be with people in need or in grief”

Priyanka Gandhi Vadra hitched a ride on a scooter on Saturday, when the police tried to allegedly block her way to the house of retired IPS officers S.R. Darapuri, in Lucknow.

She was stopped by the police at Lohia Path in the UP capital. But she sped away on a scooter, driven by party Secretary Dheeraj Gurjar. They were later stopped at the Polytechnic Square, from where she walked to Darapuri’s residence.

It was a dramatic scene at the Lohia Path with state party chief Ajay Kumar Lallu and other Congress leaders, like Jitin Prasada and Acharya Pramod Krishnam, sprinting behind her.

Priyanka Gandhi later alleged that she was manhandled by the police and “grabbed by the neck for no reason”.

I want to act in a movie after I retire: Ronaldo