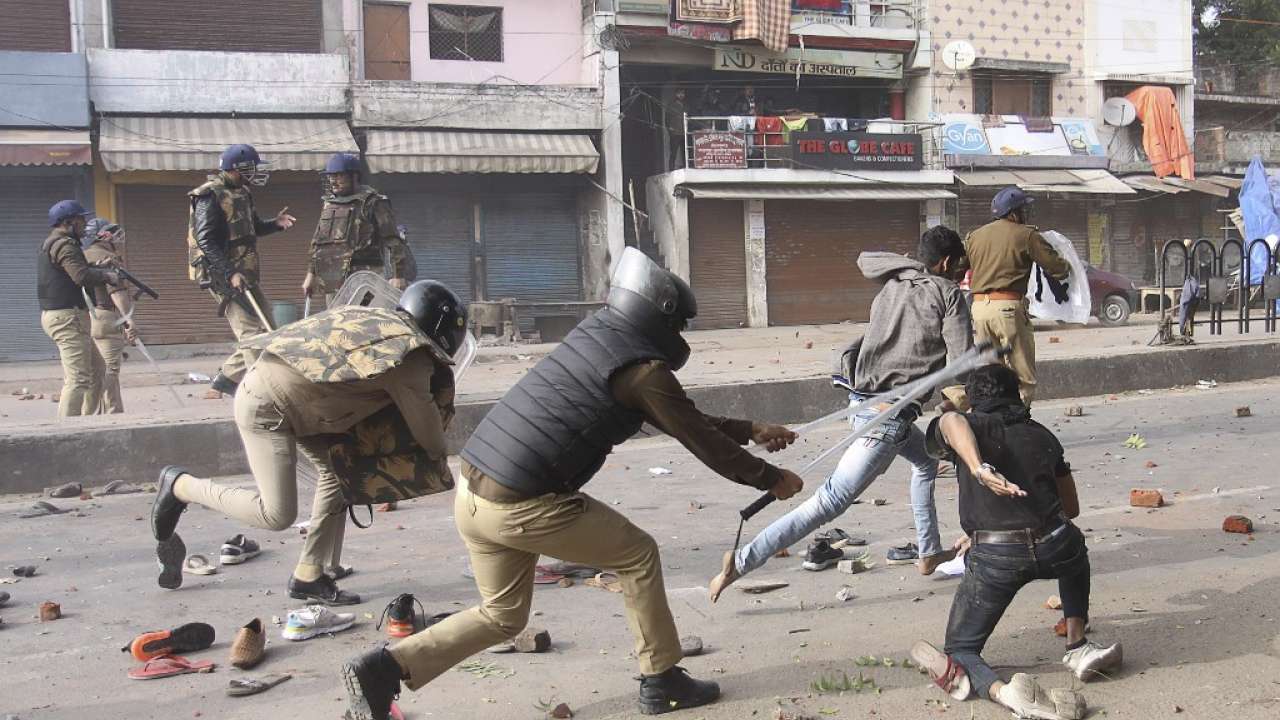 Lucknow: To justify their claims of being attacked by the protesters during the anti-Citizenship Amendment Act (CAA) agitation in Uttar Pradesh, the police have released a series of photos and videos that show two men firing at them.

The videos are from Meerut that was rocked by violence on Friday last. While 16 people died across the state during clashes over the past week, Meerut registered the highest number of deaths at six.

In one of the videos, a masked man in a blue jacket is seen walking around with a gun.

The police had maintained that they ï¿½did not fire a single bullet during the violence,’ but the Bijnor police later admitted that one of the protesters had been killed in police firing.

Although many of the bodies of those killed in violence bore gunshot wounds, the state police insisted that they did not shoot anything other than plastic pellets and rubber bullets.

Reports have also emerged of police cracking down on areas across the state where violence had broken out, allegedly indulging in vandalism, destruction of property and even assault.

Uttar Pradesh Director General of Police (DGP) O. P. Singh claimed that the police also suffered heavy losses. “As many as 288 policemen were injured in violence that erupted across 21 districts. Sixty-two of them suffered firearm injuries,” he said at a press conference held over the weekend.

He said that the police have recovered 500 cartridges of prohibited bores from places where violence broke out.

Earlier, on Wednesday, Prime Minister Narendra Modi condemned the destruction of public property during the violent agitations against the Citizenship Amendment Act and asked protesters to introspect if their actions have been ï¿½good or not’.

“I want to ask people who resorted to violence in Uttar Pradesh to sit at home and ask themselves whether what they did is good or not. They destroyed buses and public property that belongs to the future generation,” he said at the foundation stone-laying ceremony of the Atal Bihari Vajpayee Medical University in Lucknow.

Related Topics:Uttar Pradesh
Up Next