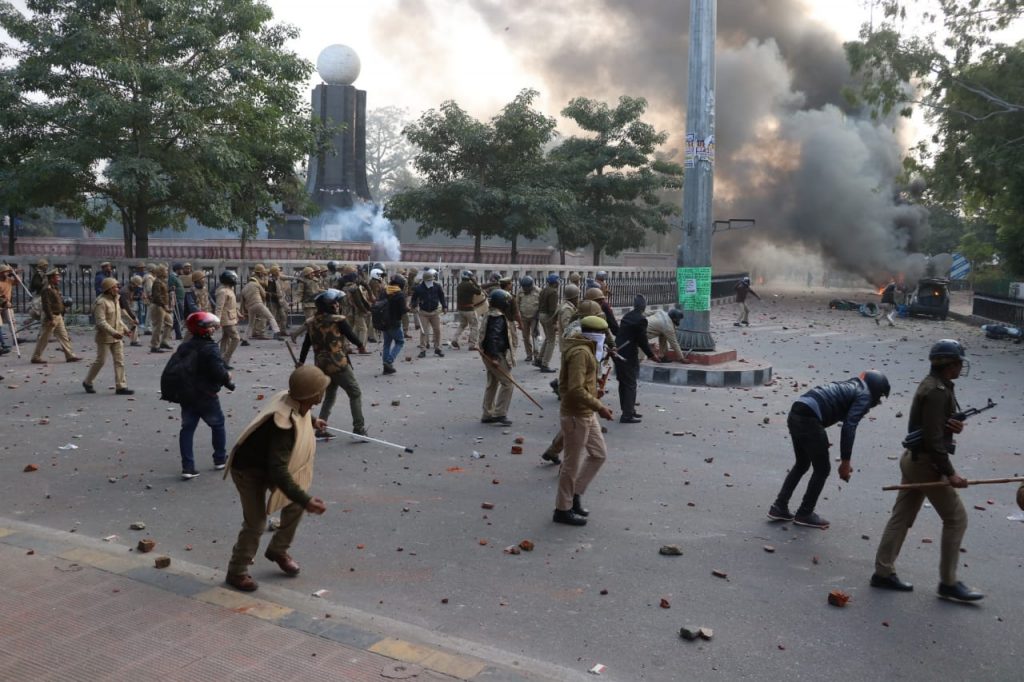 Lucknow: With 12 people having died in violent protests over the Citizen Amendment Act (CAA) in Uttar Pradesh, initial investigations suggest that the large scale violence has West Bengal connections. At least 6 persons from Kolkata who were directly involved in arson and damaging state property in Thursday’s unprecedented violence in Lucknow have been arrested by Lucknow police.

The police said that when the 11 mobile phones recovered from the spot of violence in Hazratganj area her were examined, the text of the phone list was to be in Bengali.

Police is questioning several youths who originally belong to Malda district in West Bengal. Director General of Police O.P. Singh later said that outsiders were involved in the violent protests in Lucknow and the police is investigating more on the “outsider” angle to ascertain the conspiracy behind the pre-meditated violence.

Meanwhile on Saturday, large-scale violence was reported in Rampur where protesters resorted to stone pelting. One person died and several were reported injured when police used force to contain the frenzied mob from indulging in arson.

A report by Rampur police’s Local Intelligence Unit (LIU) says that a call was given by local Muslim clerics to stage a protest near the Idgah and block offices. However at several places, large crowds gathered and later indulged in violence.

In UP’s “wild west”, more than 250 protesters have been arrested in Muzaffarnagar, Ghaziabad, Meerut and Bulandshahr. “Today the situation was more or less under control. We are now in the process of identifying the rioters who indulged in arson or damaging property. Their photographs are being displayed. The police have also recovered firearms from the rioters, particularly from Muzaffarnagar. Dozen of live cartridges were also seized from the spot,” Additional Director General of Police, Meerut Zone, Prashant Kumar told IANS.

PM Modi also said that India is taking a number of “concrete actions” such as making LED lights popular which is saving 38 million tons of Carbon Dioxide Emissions per year and smoke-free kitchens being provided to 80 million households.

“Climate change must be fought not in silos but in an integrated, comprehensive and holistic way. Inspired by our traditional ethos of living in harmony with the environment, and the commitment of my Government, India has adopted low-carbon and climate-resilient development practices,” he said.

PM Modi batted for the International Solar Alliance, pointing out how it is “among the fastest growing International Organizations, with 88 signatories” and has plans to mobilise billions of dollars train thousands of stake-holders, and promote research and development in renewable energy, the ISA will contribute to reducing carbon foot-print”.

The Gurugram headquartered alliance is an India initiated project aimed at using solar energy to reduce dependency on fossil fuel.

He said, “This is the best time for further increasing research and innovation in new and sustainable technologies. We should do so with a spirit of cooperation and collaboration.”