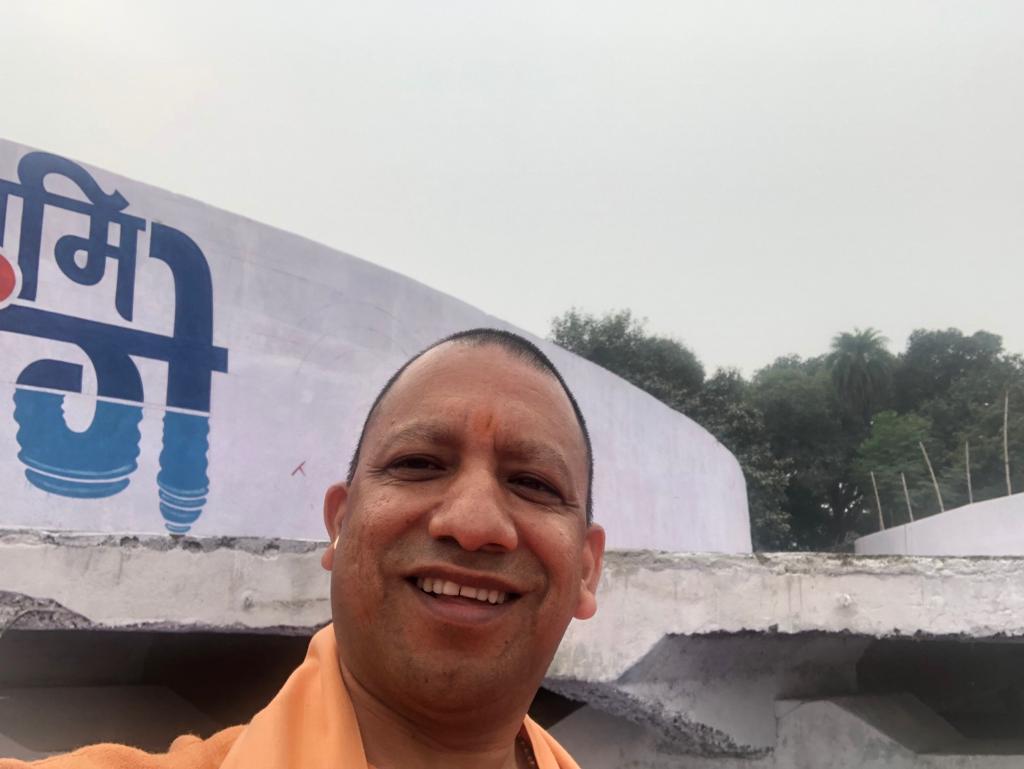 Kanpur: Uttar Pradesh Chief Minister Yogi Adityanath on Thursday clicked his first ever selfie during a programme in Kanpur.

The chief minister was inaugurating a selfie point in Sisamau on the banks of Ganga when he got down from a steamer and clicked a selfie.

Adityanath is said to be personally rather conservative in the use of technology though he continues to push various policies and programmes into the digital age. He discourages people from taking selfies with him.

In December 2017, Adityanath banned people from clicking selfies on the road leading up to his official residence in Kalidas Marg in Lucknow. A sign was put up by the state police at the beginning of the road warning against selfies. The sign said clicking pictures and selfies in the VIP area was an offence and would invite strict action.

The same, however, was removed after criticism on social media.

The Uttar Pradesh government’s highly-publicised ‘Prerna’ app that allowed teachers to mark their attendance by clicking a selfie in government schools, also ran into trouble after teachers’ unions raised objections against it, saying it invades women’s privacy.

After the Ram temple Bhumi Pujan in Ayodhya, in a conversation with a channel, Yogi was asked that on the Bhumi Pujan of Ram temple you invited people of all religions, they also joined the program.

It is being said that in the coming days, when the foundation of the mosque will be laid, CM Yogi will not go there.

In response, Yogi said that no one will call me on the foundation stone of the mosque, and I will not even go. Yogi Adityanath said that I will do whatever I want.

I always follow my duty as duty and religion. I know no one will call me so I will not go.

Explain that the Supreme Court had given a decision to give 5 acres of land to the Sunni Central Waqf Board in Ayodhya.

On 5 February itself, the UP government had allotted 5 acres of land for the mosque about 200 meters from the police station Rounahi in village Dhannipur tehsil Sohawal, 18 kilometers from Ayodhya district headquarters. The mosque is to be built here.