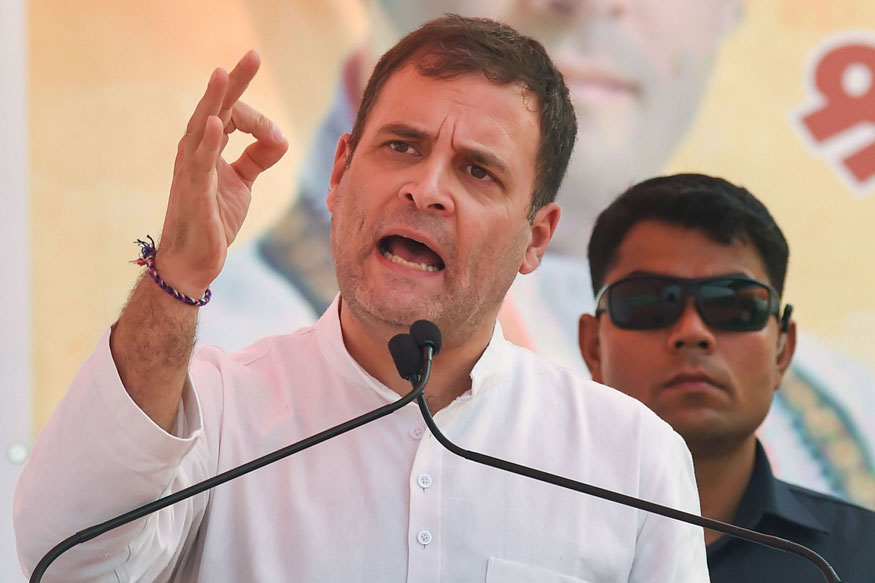 New Delhi: Unfazed by the BJP’s attack and demand for a privilege motion against him over his criticism of BJP MP Pragya Thakur, Congress leader Rahul Gandhi said that his stand is clear on the issue and the BJP can “do whatever it wants”.

On specific question on BJP MP demanding privilege motion against him, Rahul Gandhi said that “What Sadhvi Pragya says what she believes in. I don’t agree with her. Do it. Do whatever you want to do, I have clarified my position.”

Rahul Gandhi in his tweet on Thursday wrote “Terrorist Pragya calls terrorist Godse, a patriot. A sad day in the history of India’s Parliament.”

Thakur faced an uproar and censure motion moved by the Congress on her remarks on Mahatma Gandhi’s assassin Nathuram Godse. Thakur apologised for her comments but targeted Rahul Gandhi for calling her a “terrorist” on which she got support of Dubey who said that privilege motion should be moved against the Congress leader.

Earlier in the day, Youth Congress workers dressed as Mahatma Gandhi protested on Friday here against Thakur for her remarks about his assassin Nathuram Godse and demanded that the Bhopal MP be expelled from Parliament.

The BJP on Thursday cracked the whip on the controversial Bhopal MP and barred her from attending any further parliamentary party meetings during the ongoing winter session of Parliament and also removed her from the Consultative Committee on Defence headed by Defence Minister Rajnath Singh.