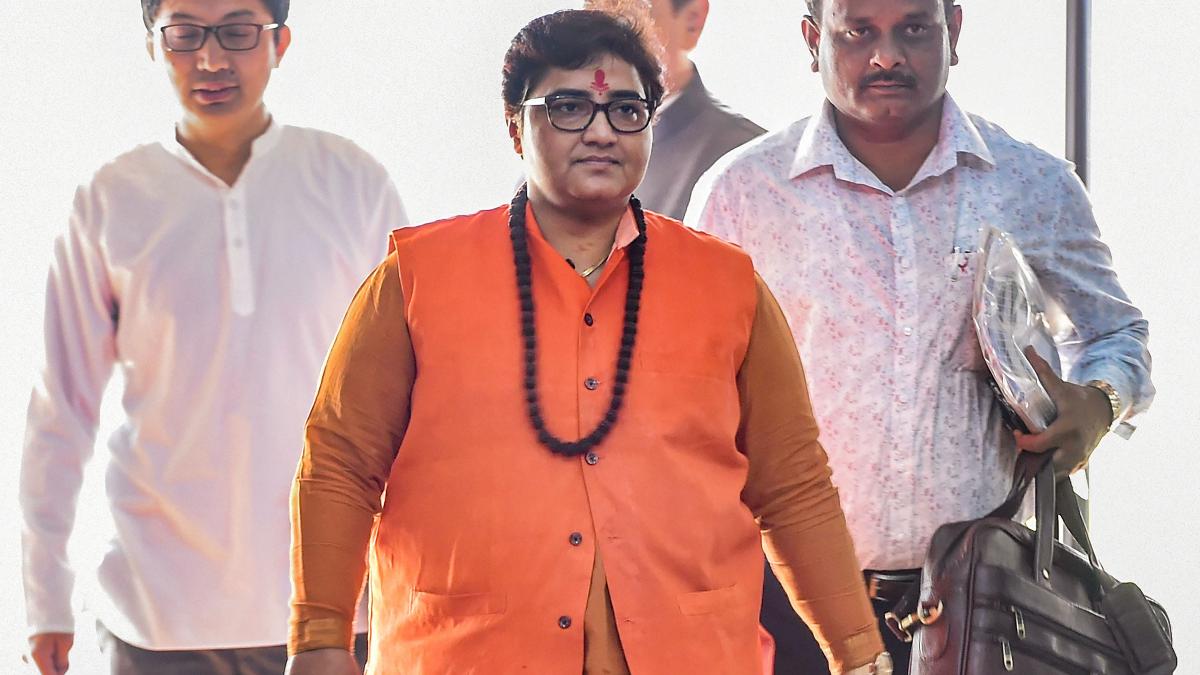 New Delhi: BJP MP Pragya Thakur on Friday tendered an apology in the Lok Sabha on her remarks on Mahatma Gandhi’s assassin Nathuram Godse, saying she “regrets and apologises” if her statement had hurt anybody and clarified that her remarks were “wrongly interpreted and twisted”.

The Bhopal MP, who faces charges in the Malegaon blasts case, later said she respects the service of Mahatma Gandhi for the country and condemned the way her statement was interpreted.

“In the backdrop of past sequence of events, I express regret and apologies if any statement made by me in the House has hurt anybody in any way. But, I also want to say that my statement made in Parliament was wrongly interpreted and twisted,” Thakur said.

“The way my statement was twisted is condemnable. I respect the service done by Mahatma Gandhi for the country.”

Thakur also reminded how a senior member of the House called her “terrorist” publicly and the previous government “tortured” her by “hatching conspiracy” against her.

“A senior member of the House called me a ‘terrorist’ publicly. No allegation has been proved in the court despite the conspiracy hatched by the then government against me.”

“It is against the law to call me terrorist without proving me guilty. It was an attempt to insult me as a woman, as a saint and as a Member of Parliament,” Thakur said.

She said “the then government had tortured me physically and mentally as a woman.”

Thakur’s apology made in Hindi followed a ruckus in the House with the entire opposition, including Congress, TDP, RSP, DMK, BSP and SP, trooping near the Speaker’s podium demanding her “unqualified apology” and raising slogans like “Down down Godse”, “Mahatma Gandhi Ki Jai”, “Down down BJP”.

Congress leader Adhir Ranjan Chowdhury sought unqualified apology from Thakur and termed her statement an attempt to “mislead” the House.

Thakur’s apology came a day after opposition benches demanded an apology from her and submitted a censure motion signed by 50 MPs to Speaker Om Birla.

The opposition took up the issue on Thursday with Congress leader Chowdhury, DMK’s Dayanidhi Maran and Revolutionary Socialist Party’s N.K. Premchandran along with other MPs submitting a letter to the Speaker seeking to censure Thakur.

Thakur on Wednesday sparked a row with an interjection during DMK leader A. Raja’s reference to Godse in the Lok Sabha. The issue later triggered a protest by the Opposition. Raja had cited a statement on Godse on why he killed Gandhi during a discussion on the Special Protection Group (Amendment) Bill, 2019, to which Thakur reacted.

After Maharashtra, Goa too may slip away from BJP’s hold, claims Sanjay Raut