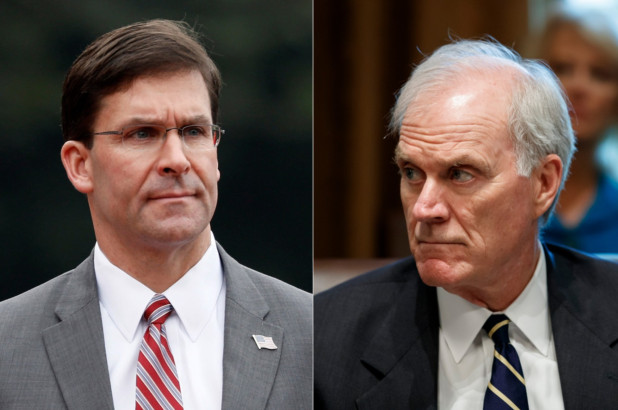 Washington: The navy secretary, Richard Spencer, has acknowledged his “termination”, after the US defense secretary, Mark Esper, requested he resign over his handling of the case of Edward Gallagher, a Navy Seal officer accused of war crimes and convicted for posing with the corpse of an Isis fighter in Iraq.

Richard Spencer was ousted as navy secretary, a civilian position, in a case that has fueled reports of anger among U.S. military leadership over Trump’s interference in discipline cases.
Donald Trump took direct interest in Gallagher’s case, tweeting on the subject and reversing a military disciplinary decision.

Gallagher was acquitted of a murder charge related to the 2017 stabbing death of the Isis fighter, but was demoted in rank. Trump intervened last week, ordering the navy to restore Gallagher’s pay and rank, a move which would allow him to retire with a full pension.

It was reported on Sunday that Esper asked for Spencer’s resignation “after learning that he had privately proposed to White House officials that if they did not interfere with proceedings against Gallagher, Spencer would ensure that Gallagher was able to retire as a Navy Seal, with his Trident insignia [the badge denoting qualification for the elite force]”.

In a letter to Trump, Spencer said he acknowledged his “termination,” saying the president deserved a Navy secretary “who is aligned with his vision.”

“Unfortunately, it has become apparent that in this respect, I no longer share the same understanding with the Commander in Chief who appointed me,” Spencer wrote.
In Spencer’s resignation, the ousted navy secretary described the rule of law in the armed forces as what “sets us apart from our adversaries” and that “good order and discipline is what has enabled our victory against foreign tyranny time and again”.