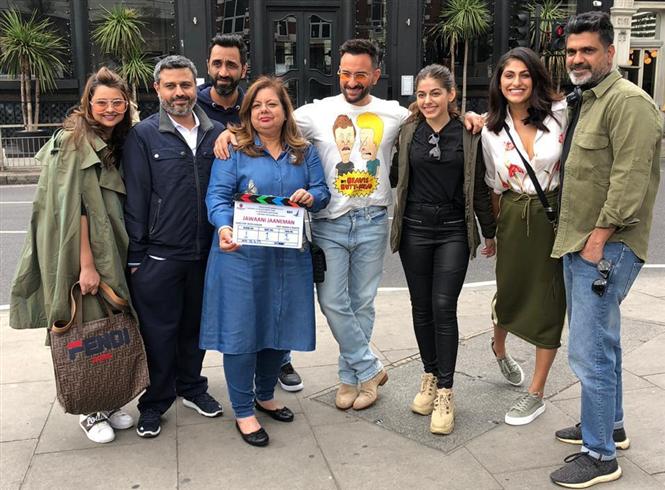 Saif Ali Khan starrer ‘Jawaani Jaaneman’ is now set to release in February of 2020. The film will be released around Valentine’s Day. It need be mentioned that Alaia is to debut in this film and she is daughter of well known actress Pooja Bedi. Film Trade Analyst Taran Adarsh tweeted the pic from a film and highlighted that Tabu is also to be seen in the movie.

Revealing the reason of the delay, a source suggests that the director needs to shoot a promotional song for the film with Saif that also requires him to don a particular look. But Saif has a packed schedule therefore the release of the film has been pushed to next year.

Jawaani Jaaneman is a coming-of-age story of a father and his daughter. In the movie, Saif Ali Khan will be seen playing the role of Alaia’s 40 years old father. Tabu will also be seen playing a pivotal character in the film.

Without a China trade deal, the U.S. will hike tariffs

Actress Kajol has often sported bouncy curls, and it is not too difficult to have hair like hers, she assures.

Sharing a candid photo taken while she was perfecting the puff hairstyle, she wrote on Instagram: “Talk to the hair rollers….. Too glam to give a damn #PuffingItUp #HairStory.”

Her sister Tanisha Mukerji commented: “U bet u are my shnukums, too glam.”

Her fans also loved it, with some calling her a “cutie” and others “beautiful”.

Kajol will soon make her digital debut with “Tribhanga”, directed by Renuka Shahane. It is a drama set in Mumbai and across three generations of the same family.