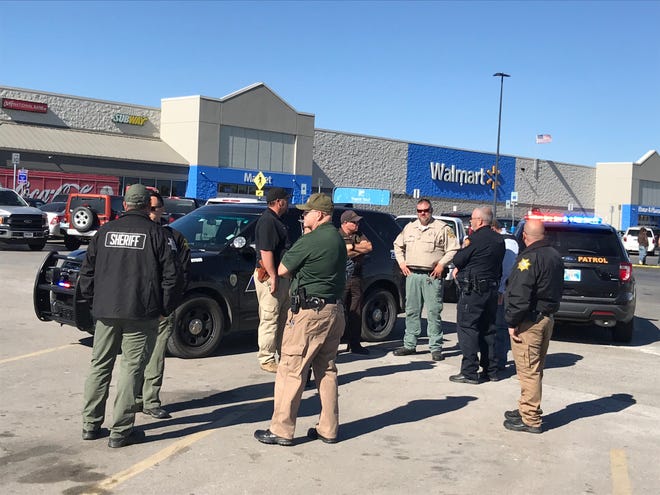 Oklahoma: Three people are dead, including the suspect, from a shooting in the parking lot of an Oklahoma Walmart Monday morning, state police said.

At least nine shots were fired during the incident in Duncan, about 80 miles south of Oklahoma City, authorities said.

A woman and a man were fatally shot in a car in the parking lot of the store in Duncan, about 80 miles south of Oklahoma City, according to the Duncan Police Department. The suspected shooter, who was outside the car, then turned the gun on himself, police said.

A handgun was found on the scene, Duncan Police Chief Danny Ford said during a news conference. He said at least nine shots were fired.

The victims and suspect, who have not been identified, had “knowledge of each other.

The two victims who were found dead in the car visited the Money Center at the Walmart before the shooting, while the suspect had never entered the store.

The shooting took place days after the reopening of a Walmart in El Paso, Texas, that had been the scene of a mass shooting Aug. 3. That attack left 22 people dead in the parking lot and inside the Cielo Vista Supercenter.

Microsoft to discontinue Cortana for Android and iOS in some countries