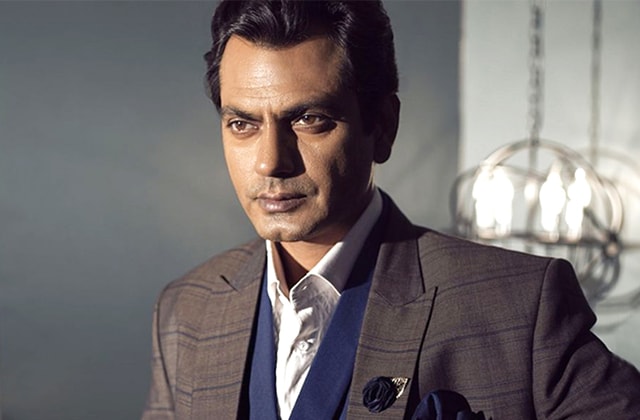 Mumbai: Nawazuddin Siddiqui’s journey in Bollywood has been nothing short of inspiring. From years of struggle to blink-and-miss roles in films like Munna Bhai MBBS to now becoming one of the most sought after actors, Nawazuddin is one of the most loved stars of the nation.

Nawazuddin Siddiqui has made sure he tries his hand wherever possible in the industry. For his efforts, the actor was awarded at the Cardiff International Film Festival.

The Gangs of Wasseypur actor was presented the prestigious Golden Dragon award by counsel general of Wales, UK, Mick Antoniw, on Sunday at an event in Cardiff.

Hollywood legend Judi Dench was also honoured with the Lifetime Achievement award at the ceremony.

On Monday the actor took to Twitter to thank Mick Antoniw and the Cardiff International Film Festival for bestowing upon him the Golden Dragon Award. The festival was held from October 24 to 27. Nawazuddin Siddiqui also served as an official jury member for the festival.

On the work front, he has recently appeared in the Netflix series Sacred Games opposite Saif Ali Khan. Meanwhile, the actor is also awaiting the release of his forthcoming quirky comedy Motichoor Chakhnachoor where he will be seen depicting his romantic side opposite Athiya Shetty.

Malaika, who tested positive earlier this month, took to Instagram to share her journey of overcoming the virus.

“‘Out and about’…M finally out of my room after so many days days, it feels like an outing in itself,” the actress wrote while posting a picture of herself, in which she can be seen wearing a mask.

“I feel so blessed to have overcome this virus with minimum pain and discomfort. A big thanks to my doctors for their medical guidance, to BMC for making this process hassle-free, to my family for their immeasurable support and to all my friends, neighbours and fans for all their good wishes and the strength that I got from your messages and support. I can’t thank you all enough in words for what everyone has done for me in these difficult times. All of you please stay safe and take care,” she added.

On September 7, Malaika had confirmed that she has tested positive for Covid-19, after speculative reports did the rounds that she has contracted coronavirus. She shared the news officially on Instagram. Revealing that she has been infected by the virus, she added that she is asymptomatic and is quarantined at home.

“Today I have tested positive for coronavirus but I want to inform you all that I am feeling fine. I am asymptomatic and following all the required protocols and will be quarantined at home as instructed by my doctors and authorities. I request all of you stay calm and safe. Thank you for all your support. Much love Malaika Arora,” Malaika wrote.

News of Malaika being infected started doing the rounds shortly after her good friend Arjun Kapoor announced a day before that he had tested Covid-19 positive.