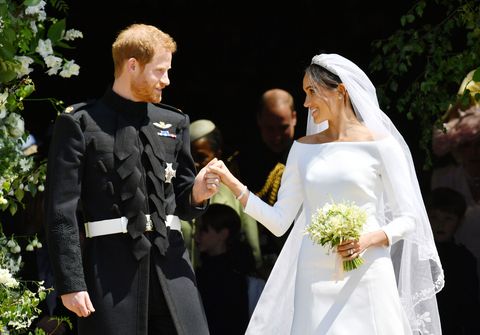 Meghan and Prince Harry opened up on their struggles in an emotional documentary aired on ITV last night. Meghan revealed she was warned how different the media attention would be as a duchess rather than an actress. Her friends, Meghan said, were so concerned about the media scrutiny they advised her not to marry Harry.

Meghan told broadcaster Tom Bradby: “When I first met my now-husband, my friends were really happy because I was so happy, but my British friends said to me, ‘I’m sure he’s great, but you shouldn’t do it, because the British tabloids will destroy your life.’ “And I very naively — I’m American, we don’t have that there — [said], ‘what are you talking about? “That doesn’t make any sense. I’m not in tabloids.’

The Duchess of Sussex also spoke about how difficult it has been for her to cope with the media attention as she was pregnant and a new mother.

Meghan was asked by Mr Bradby, who has filmed a total of three documentary with Prince Harry, about the “impact on your physical and mental health of all the pressure that you clearly feel under”.

She said: “I would say – look, any woman, especially when they are pregnant, you are really vulnerable and so that was made really challenging.

During the documentary, Markle said that her experience with the tabloids is not “fair.” “When people are saying things that are just untrue and they’re being told they’re untrue but they’re allowed to still say them, I don’t know anybody in the world that would feel like that’s OK, and that’s different than just scrutiny,” she said. “That’s — what would you call that? That’s a different beast. That’s really just a different beast.”