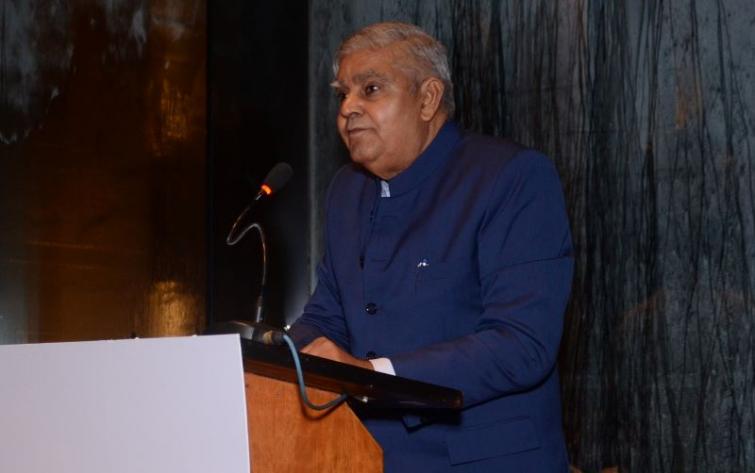 Kolkata: The rift between West Bengal Governor Jagdeep Dhankhar and Chief Minister Mamata Banerjee widened on Tuesday after the former alleged that he felt insulted at the Durga Puja carnival organized by the TMC government in the city.

He, however, did not mention the reason for feeling humiliated at the event. According to sources, Dhankar was not happy with the sitting arrangement at Friday’s carnival, organized by the TMC government to showcase some of the big-ticket pujas.

An emotional Governor said he “felt insulted at the carnival. I am deeply hurt and disturbed. The insult was not to me but to every people of West Bengal. They will never digest such as insult. I am a servant of the people of West Bengal. Nothing can deter me from performing my constitutional duties,” with his voice literally trembling.

“Speaking out of my injured heart” the Governor said “for four hours or more I was there and your press coverage was totally blacked out…This is unheard of. You will never find it anywhere else. Someone told me it was reminiscent of the Emergency.”

He further said “I will be there despite the insult because I have to recognize the talent of the people of West Bengal. I have to suffer for them, I will suffer. If I have to suffer more insults, more affronts…This bad taste in my mouth has been created by people who perhaps do not have the mindset and the large heart that people of West Bengal have…I appreciate this discourteous approach by the government for the first servant. I’m sure they’ll do soul searching and make amends.”’

The fourth edition of the event, the brainchild of West Bengal Chief Minister Mamata Banerjee, was attended by her ministerial colleagues, Governor Jagdeep Dhankhar, members of different consulates among other dignitaries and tourists.