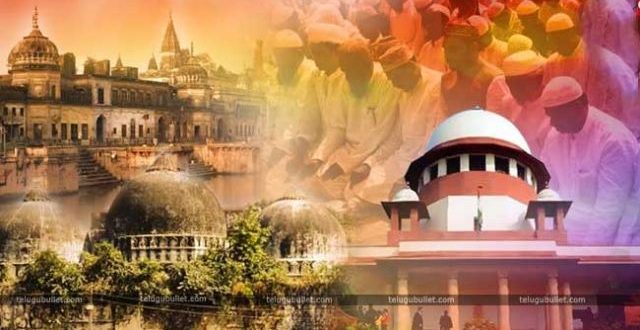 New Delhi: Chief Justice of India Ranjan Gogoi has said that the hearing in the Ram Janmabhoomi-Babri Masjid land dispute in Ayodhya will conclude today.  “This matter is going to be over by 5 pm today. Enough is enough,” CJI Gogoi said.

A 5-judge Constitution bench headed by Chief Justice Ranjan Gogoi said that it is hearing the Ayodhya land dispute case for the last 39 days and no more time beyond today will be granted to parties to conclude the hearing in the case.

CJI Gogoi criticised the decorum in the court, saying if the proceedings continued like this, “we can’t hear anyone”. “We will just go through the papers. It isn’t only about the time but the decorum. As far as we are concerned, hearings look over.”

Earlier yesterday, the CJI had said that Wednesday will be the 40th and last day of hearing in the case of Ram Mandir-Babri Masjid land title dispute.

The court witnessed heated exchanges between the two sides during the hearing. At one point, CJI Ranjan Gogoi even warned that the judges will walk out if the decorum of the court is not maintained. The CJI’s angry reaction came after senior advocate Rajeev Dhavan, representing the Muslim sides in the case, tore maps and other documents handed over to him by counsel representing the Hindu Mahasabha.

Arguing on behalf of the Hindu party or Ram Lalla Virajman, senior advocate K Parasaran on Tuesday said there are numerous mosques in Ayodhya where Muslims can offer prayers but the birthplace of Ram cannot be changed.

Most awaited UP State Kung Fu Championship has begun in Lucknow