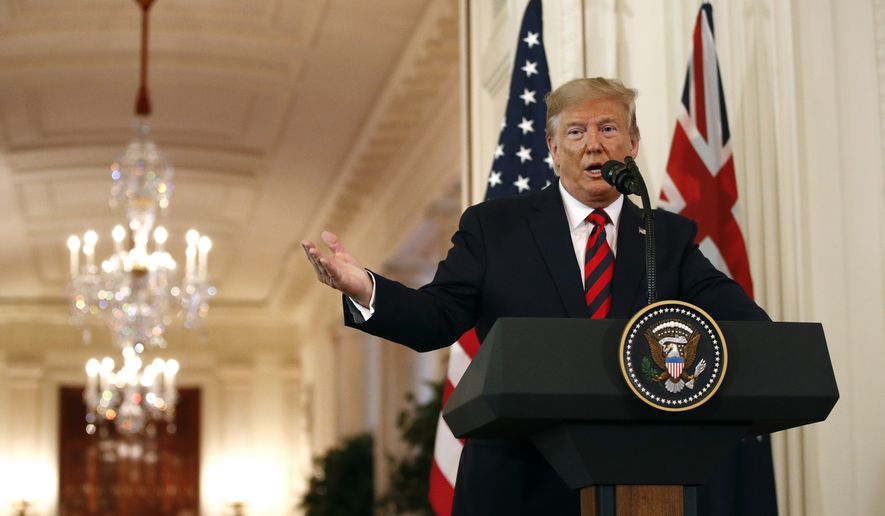 USA: President Trump said Friday that he doesn’t believe that he needs to ink a trade deal with China before the 2020 presidential election, arguing it wouldn’t have a negative impact on the vote.

“I don’t think I need it before the election. I think people know that we’re doing a great job,” Trump told reporters during a joint press conference with Australian Prime Minister Scott Morrison on Friday. “I don’t think it has any impact on the election,” Trump said later, adding, “Now if something happened, I think that would probably be positive for the election, but that’s OK.”

Trump cited his efforts to rebuild the military and insisted that the American economy is doing well and that his trade war hasn’t affected it. He touted consumer and retail numbers that he claimed haven’t been reported in the media. “We’re doing very well. Our economy is very strong,” Trump said. “China is being affected very badly, we’re not.”

Trump also repeated that Beijing has been “eating the tariffs” because of its currency devaluation, a claim that experts have disputed.

Trump’s trade war with China has rattled global markets and exacerbated fears about its impact on the U.S. economy. Economists have increasingly warned that a recession could be on the horizon.

The trade dispute between the U.S. and China widened in August, with each side imposing retaliatory tariffs on the other. But there have been signs of de escalation in recent days, and Trump has increasingly expressed optimism of reaching a deal with China. U.S. and Chinese counterparts have resumed trade talks this month.

Fire breaks out at the sets of Coolie No 1