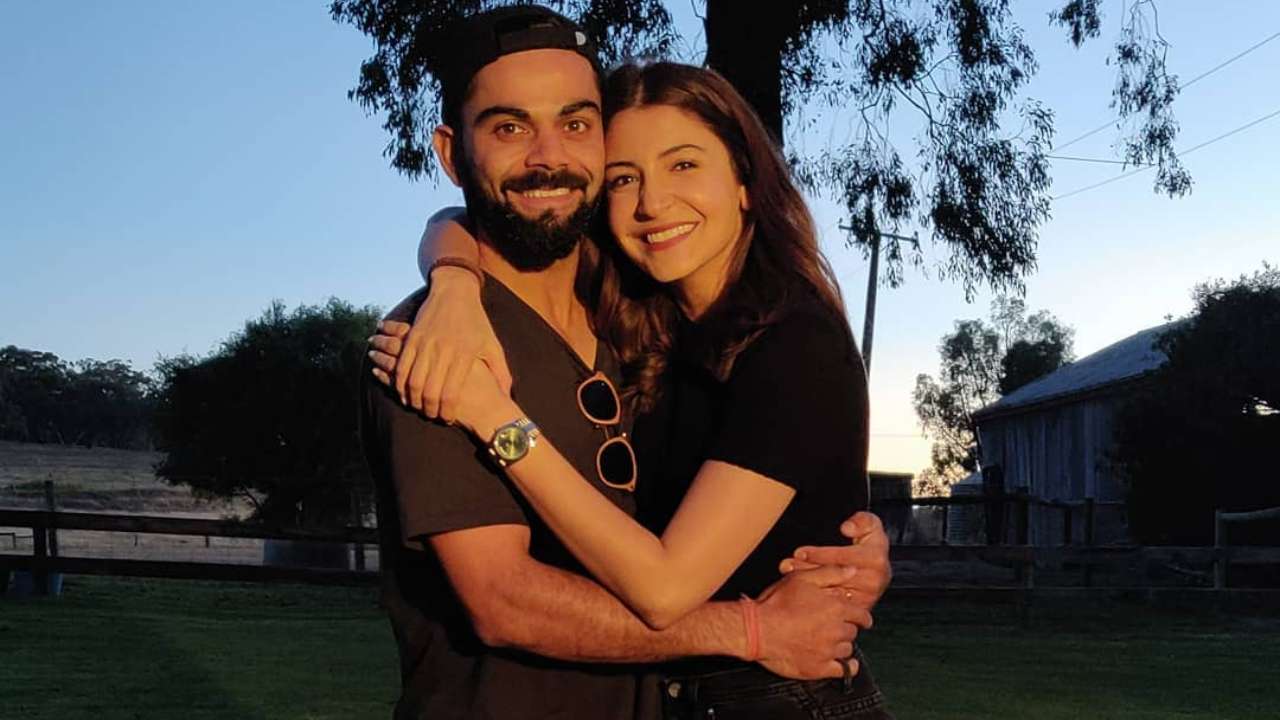 New Delhi: The love story of Indian cricket skipper Virat Kohli and actress, Anushka Sharma makes us believe that when you are in love, everything seems to be perfect and in sync. Though Virat is always busy travelling for his matches, it is his doting wife, Anushka who finds ways to spend time with her hubby dearest. We have, many a time, spotted Anushka travelling with Virat for his matches so that the two can spend more and more time together.

Virat Kohli and Anushka Sharma love to share pictures of each other with adorable captions and pictures from their vacations with their fans through their respective social media handles. Today, Virat took to his Instagram handle and shared a picture of himself, busy in his thoughts and captioned it as “Caught in the moment,” and gave the picture credits to his wifey, Anushka. He was looking dapper in his white t-shirt with the initial ‘A’ on it, signifying his wife, Anushka’s name. Anushka replied to the post with a heart emoji. Take a look at the adorable picture

Virat Kohli and Anushka Sharma had tied the knot in a dreamy wedding in 2017 in Italy. Like their relationship, they had also kept their wedding a secret. The madly-in-love couple is enjoying their married life and never leaves a chance to praise one another. Talking about Anushka and how his life changed after meeting her, Virat had once stated, “That has been the strongest factor in my life to change the way I was. Before I was too intense in life and she (Anushka Sharma) always keeps me motivated, positive but at the same time we spend quality time with each other and totally get away from the game and that’s the most important thing. I think I couldn’t have been luckier to have someone like that who can understand my mindset being in that position herself. I look forward to spending time with her and that’s how I switch off.”

Adorable dog prevents a toddler as he tries to climb the stairs: Watch video