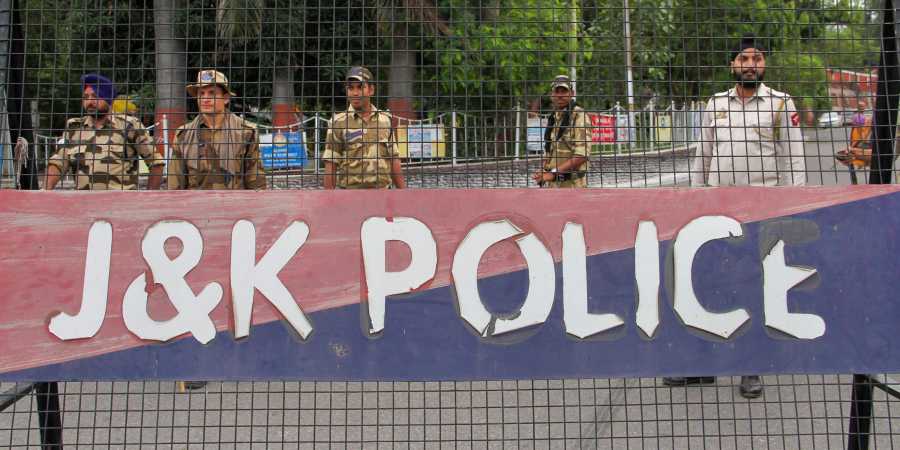 New Delhi: Sopore Police on Monday arrested eight terrorist associates who were involved in threatening and intimidating locals by publishing posters in the valley on the behest of Lashkar-e-Taiba (LeT) affiliates. Those arrested have been identified as Aijaz Mir, Omar Mir, Tawseef Najar, Imtiyaz Najar, Omar Akbar, Faizan Latief, Danish Habib, and Showkat Ahmad Mir who are accused of preparing the threatening posters and circulating them in the locality. Further investigation is underway, reported ANI.

Sopore Police is also investigating the complicity of these terrorists in the recent killing of civilians in the area. Police have also recovered the computers and other accessories used in drafting and publishing of posters.

As per initial investigation carried out by officers in the case, it is learnt three of the eight terrorist associates affiliated with terrorist outfit Lashkar-e-Taiba (LeT) were principal architects of offence. All incriminating materials have been seized by the police.

Meanwhile, last week, there were reports of terrorist groups threatening locals in the Kashmir valley against opening shops and schools through posters put up in various areas, the Army said. Women have also been threatened against going out through these posters.

The terror threats came after Parliament, earlier in the month of August, withdrew the special category status to Jammu and Kashmir by reading down Article 370 of the Constitution and divided the state into two Union territories. The Valley has been under unprecedented security cover ever since August 5, with most areas still without any communication lines.