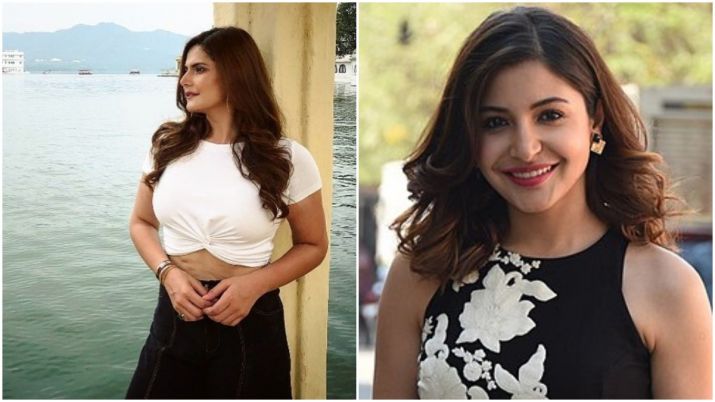 Mumbai : After actress Zareen Khan hit back at trolls for attacking her about the stretch marks on her stomach, Anushka Sharma took to Instagram and expressed her appreciation for Zareen.

On an Instagram story, Anushka wrote, “Zareen, you’re beautiful, brave and strong just the way you are.”

Just a day ago, Zareen had shared a photo of herself. The actress received vitriolic comments about her stomach. Zareen took to Instagram and gave a befitting reply to the trolls.

“For people who are very curious to know about what’s wrong with my stomach, this is the natural stomach of a person, who has lost 50 kgs of weight, this is how it looks when it is not photoshopped or surgically corrected. I’ve always been someone who believes in being real and embraced my imperfections with pride rather than covering it up,” Zareen wrote. 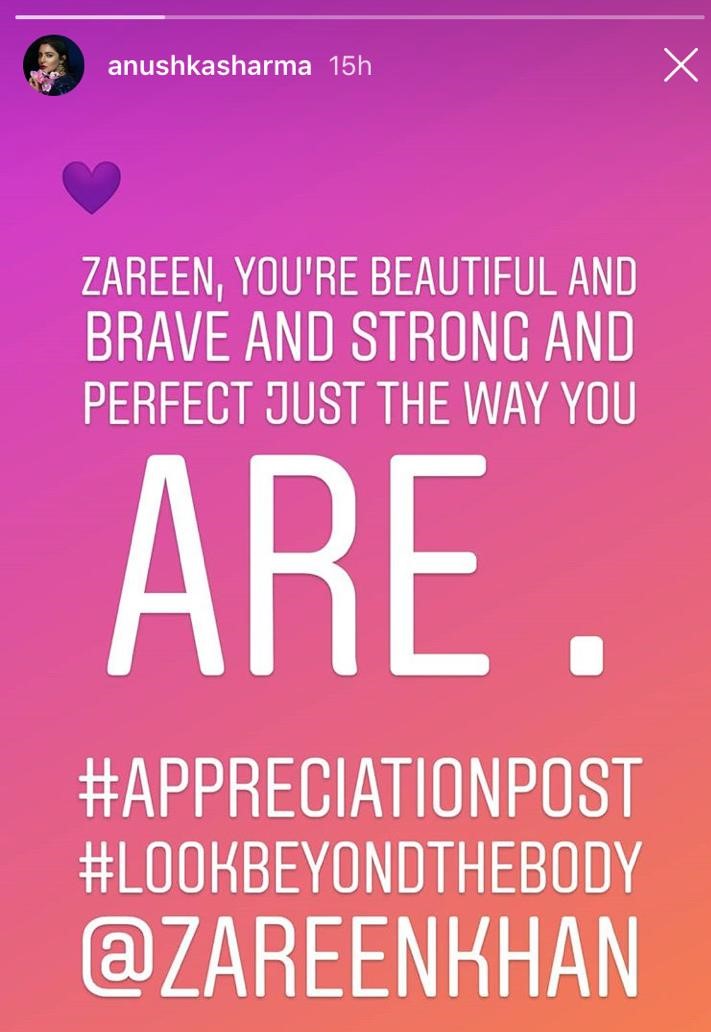 She also posted screenshots of users asking her about her stomach. One user wrote, “Such a weird stomach.” Another wrote, “Yeh pait ko kya ho gaya hai?” However, she also expressed her love for those fans, who defended her against the trolls.

On the work front, Zareen will be seen in the film Hum Bhi Akele Tum Bhi Akele. Anushka was last seen in Zero, which was a dud at the box office. 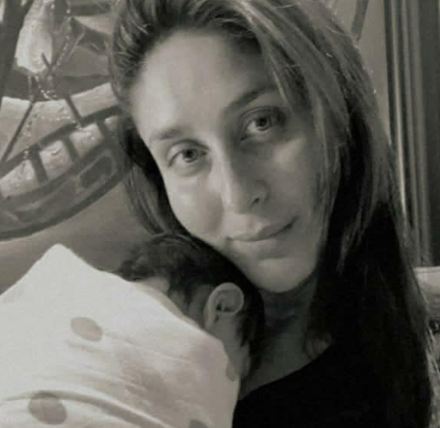