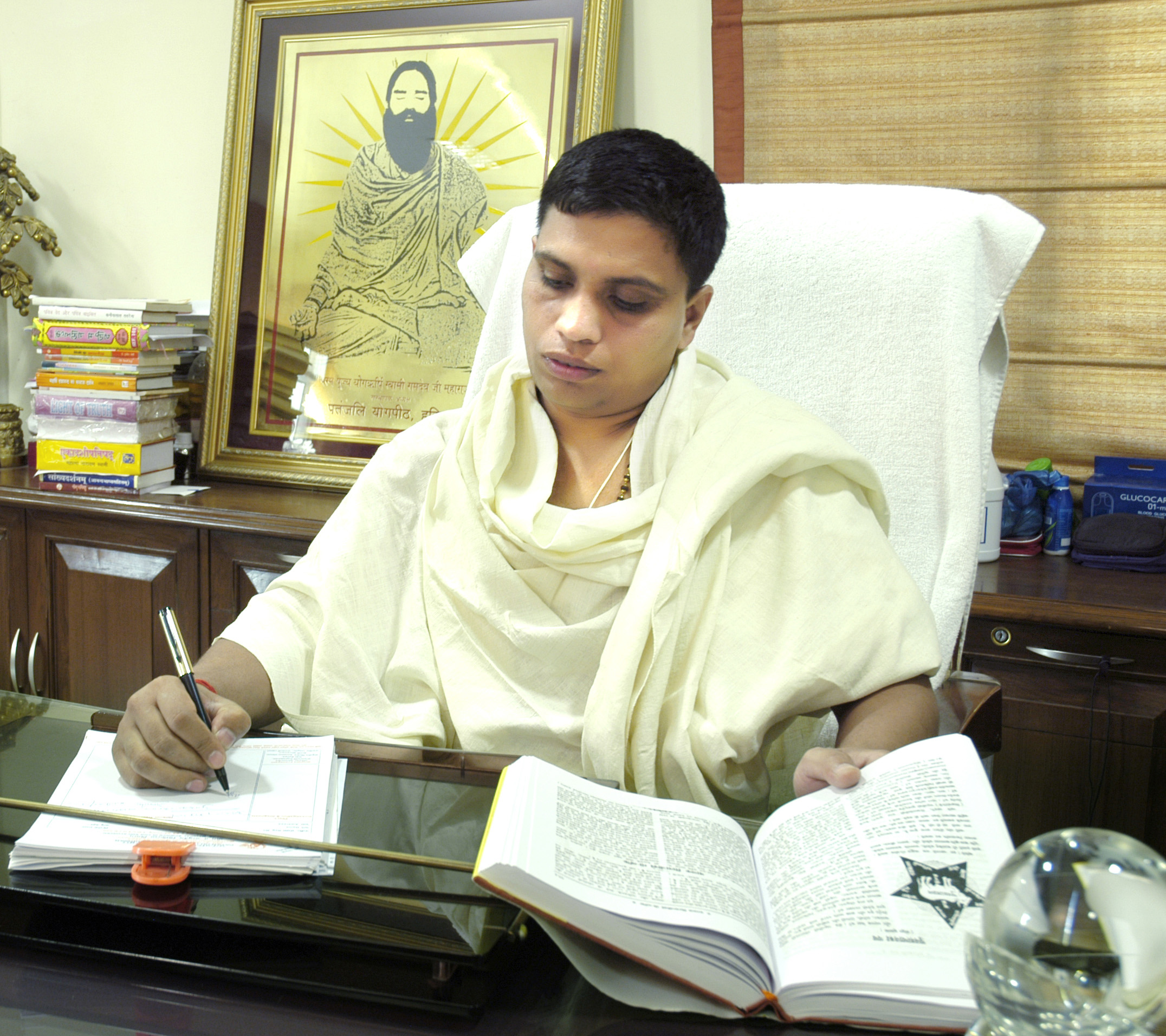 Rishikesh: Yoga guru Ramdev’s close aide Balkrishna was on Friday admitted to the All India Institute of Medical Sciences here after he complained of chest pain and giddiness.

Balkrishna (47), who heads Patanjali Yogpeeth, was first taken to a hospital in Haridwar from where he was referred to AIIMS in Rishikesh, sources in the yoga institute said.

He was admitted in the ICU around 4:15 pm, AIIMS Medical Superintendent Brahma Prakash told reporters.

Balkrishna was admitted in a state of “altered consciousness”, a medical condition in which the patient fails to recognise his immediate surroundings.

He was restless, Brahmaprakash said.

“Some tests have been done which show that his vital parameters are normal. A neuro physician and a cardiologist have examined him and he is stable.

“However, some reports are still awaited including the ones on enzymes in the bloodstream. He is under the observation of a specialist team. He will be kept at the hospital as of now,” Brahmaprakash said.

Later, in a video message, Ramdev thanked people for showing their concern about Balakrishna’s health.

He said that Balkrishna took ill after eating a peda offered by a visitor at Patanjali on the occasion of Janmashtami.

“He fainted and began showing symptoms similar to that of food poisoning like nausea. However Acharya shri (Balkrishna) is improving and will soon be fine,” Ramdev said.