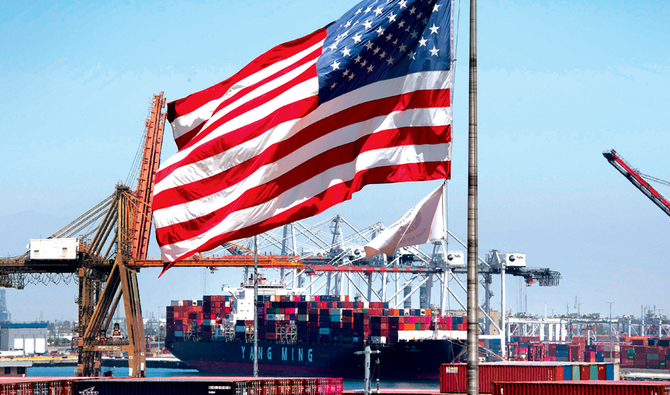 WASHINGTON – A number of U.S. business economists appear sufficiently concerned about the risks of some of President Donald Trump’s economic policies that they expect a recession in the U.S. by the end of 2021.

Thirty-four percent of economists surveyed by the National Association for Business Economics, in a report being released Monday, said they believe a slowing economy will tip into recession in 2021. That’s up from 25% in a survey taken in February. Only 2% of those polled expect a recession to begin this year, while 38% predict that it will occur in 2020.

Trump, however, has dismissed concerns about a recession, offering an optimistic outlook for the economy after last week’s steep drop in the financial markets and saying on Sunday, “I don’t think we’re having a recession.” A strong economy is key to the Republican president’s 2020 reelection prospects.

The economists have previously expressed concern that Trump’s tariffs and higher budget deficits could eventually dampen the economy.

President Donald Trump’s trade policies remained a concern for most of the panelists. Thirty-six percent said the existing tariffs, if they remain in place, will reduce 2019 gross domestic product growth by 25 basis points, while 26 percent saw a drag of 50 basis points and 15 percent of panelists expect the reduction to exceed 50 basis points.

Economists also expected the tariffs to boost inflation this year.

Related Topics:Donald TrumprecessionUS economy
Up Next