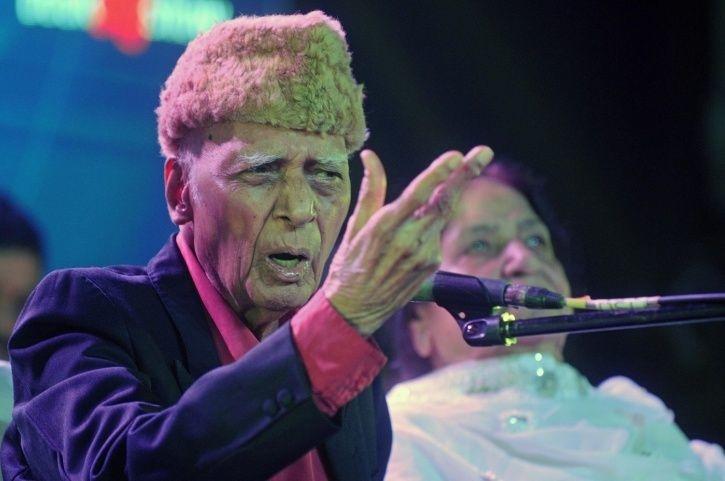 Mumbai: National award winning Bollywood music composer Mohammed Zahir Hashmi, 92, who was known only as Khayyam in his musical journey, passed away late on Monday night in a private hospital here following a brief illness, an aide said. He died after suffering from a lung ailment.

Khayyam was known for his music in Bollywood classics like “Kabhie Kabhie”, “Trishul”, “Razia Sultan”, “Noorie” and “Umrao Jaan”. He also composed music for Meena Kumari’s album, “I Write, I recite” featuring her singing her own poetic compositions.

Adorned with the National Award, the Sangeet Natak Academy Award and a Padma Bhushan, Khayyam was admitted to the Sujoy Hospital in Juhu last week for a lung infection, said his spokesperson Pritam Sharma.
Having a keen ear for music, he started his musical career from Ludhiana at the age of 17.

He was honoured with the National Award, and a Filmfare Award, besides several other honours for his melodious music in “Umrao Jaan”, starring Rekha, Naseeruddin Shah and Farooq Sheikh.