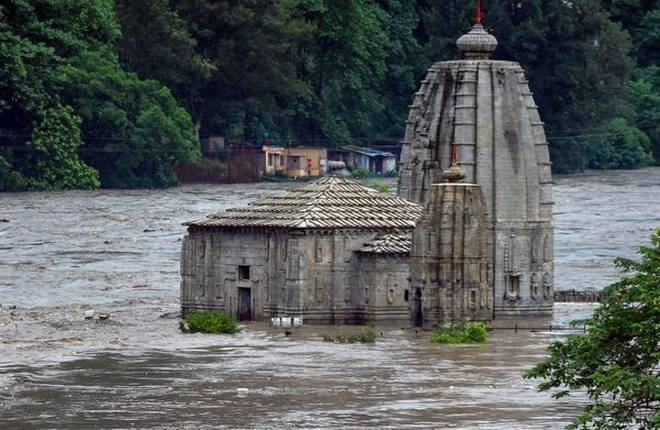 Himachal Pradesh: Heavy rains remained unabated in Himachal Pradesh, leaving at least 24 people dead and nine others injured in rain-related incidents in the state.  Due to heavy rains, district officials in the state have ordered closure of all educational institutions in Shimla and Kullu today.

Gates of the Pandoh and the Nathpa Jhakri dams in Himachal Pradesh are being opened as the water level in the Beas and Sutlej rivers is very high. People have been requested to stay away from rivers, rivulets and streams to avoid any untoward incident. 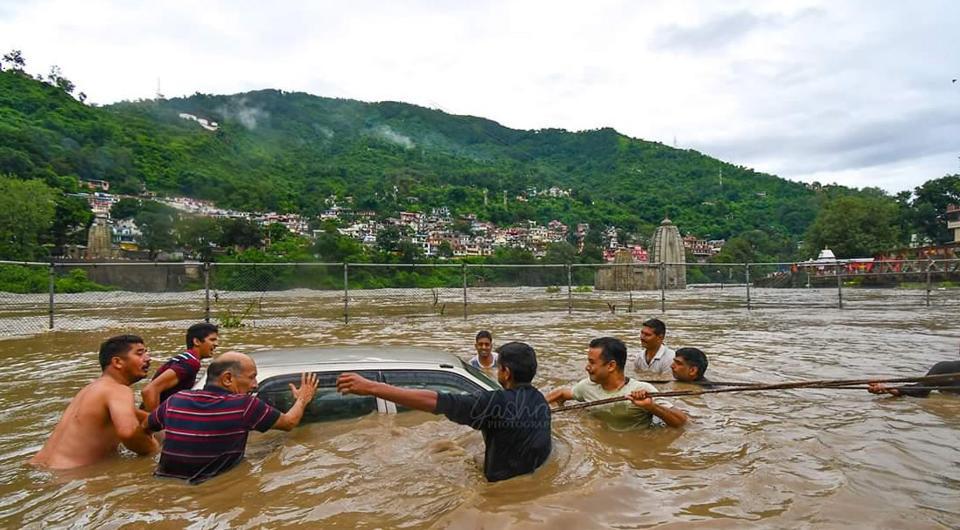 In Uttarakhand, at least eight people have been killed 10 others were missing in flash floods following the cloud burst in Mori Block in Uttarkashi on Saturday night. Dozens of houses were damaged due to cloudburst. Water electricity and communication facilities have been badly hit. NDRF, SDRF, ITBP and district administration are engaged in rescue operations.

Meanwhile schools are closed in 12 Districts of the state following the Weather alert. Chief Minister Trivendra Singh Rawat has directed all the district magistrates to stay alert in view of heavy rain prediction in the coming days.
With incessant rainfall continuing in the Himalayan range, the brunt of increased water level is laid on the plains. Water levels have been rising in Yamuna and Ganga Rivers in Prayagraj. Various other districts in the state are also suffering from increased water level.

Heavy rains remained unabated in Haryana and Punjab on Sunday causing floods in some parts, while authorities sounded high alert in the two states. Floods were reported from areas like Rupnagar, Fatehgarh Sahib and Pathankot in Punjab.