NEW DELHI: A prayer meeting was held at Sadaiv Atal, the memorial to Atal Bihari Vajpayee, on Friday to mark the first death anniversary of the former Prime Minister.

President Ram Nath Kovind, Prime Minister Narendra Modi, Home Minister Amit Shah and members of Vajpayee’s family were amongst those who paid tributes to the BJP leader amid the playing of hymns and devotional music. 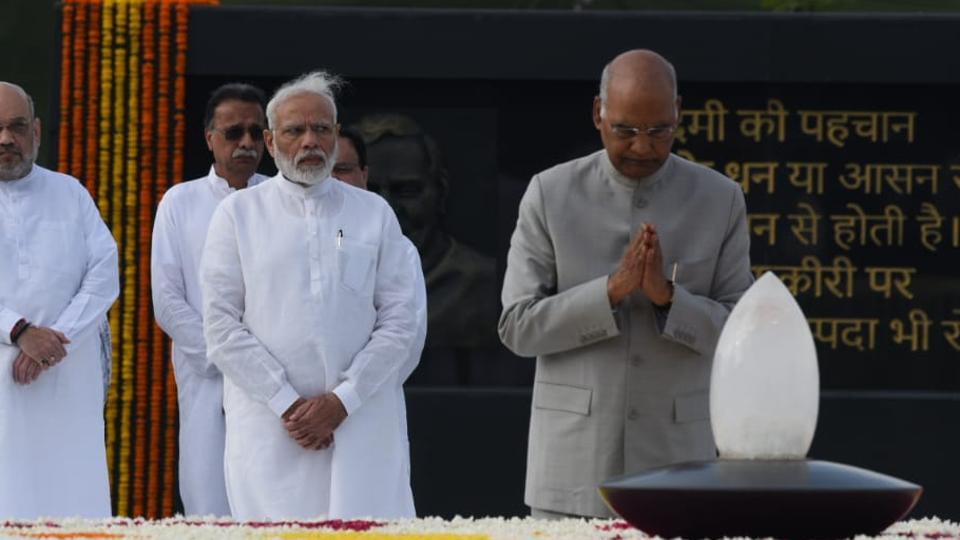 The memorial was dedicated to the nation in December last year. The central samadhi platform comprises nine square black polished granite stone blocks, capped with a diya in the centre.

Mr Vajpayee died on August 16 last year at Delhi’s All India Institute of Medical Sciences after a long illness.

PM Modi had surprised many last year by walking four kilometres with the veteran’s funeral procession from the BJP office in Delhi to the Smriti Sthal, which is located close to the memorials of former Prime Ministers Jawaharlal Nehru and Lal Bahadur Shastri. He was cremated with state honours and his ashes were immersed in various rivers across the country. 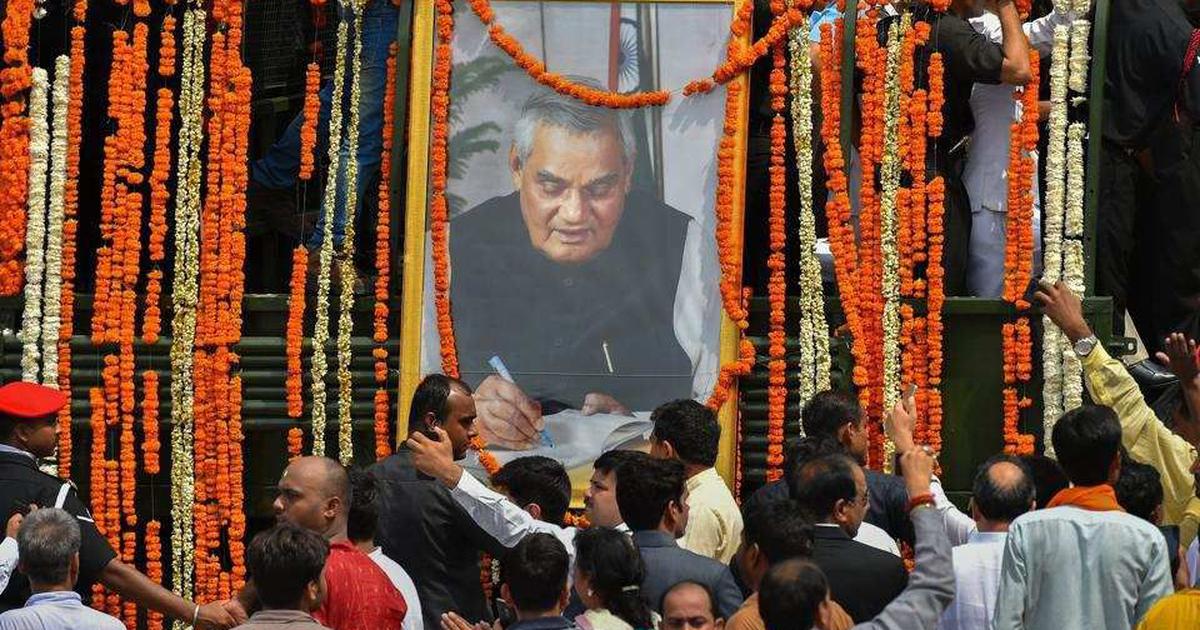 Atal Bihari Vajpayee, the tenth Prime Minister of India, led the National Democratic Alliance government from 1998 to 2004, was the first ever person from the BJP to have become the country’s Prime Minister. He served as Prime Minister thrice – briefly in 1996, and then for two terms between 1998 and 2004.

Mr Vajpayee had retreated from politics over the few years before his death because of his health.

Mr Vajpayee’s birthday anniversary, on December 25, is celebrated as ”Good Governance Day” by the party. He was awarded the Bharat Ratna in 2014.