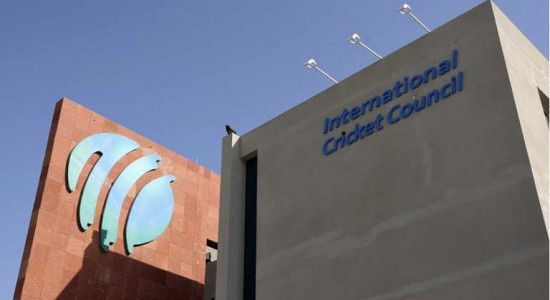 London [UK]: Cricket is in line to be included in the 2028 Olympic Games in Los Angeles, MCC World Cricket Committee chairman Mike Gatting has said following an address by the ICC’s new chief executive Manu Sawhney at Lord’s this week.

In what would be the end to one of cricket’s longest and least satisfying sagas, Gatting said Sawhney told the MCC’s Cricket Committee that strong progress had been made to ensure the game is given the global platform many of its custodians want it to gain – those including, seemingly for the first time, India.

“We were talking with Manu Sawhney the ICC chief exec, and he was very hopeful we can get cricket into the 2028 Olympics,” Gatting said. “That’s what they’re working towards at the moment and that would be a huge bonus for cricket worldwide, it would be fantastic.

“I think the next 18 months will be very interesting as to how we do that. One of the problems has been negated, where the BCCI is now working with NADA, the drugs agency, which it wasn’t previously a part of. That will help a long way towards the sport being whole, which is what we need it to be to apply for the Olympics, both men and women to play and all countries to comply.”

Additionally, Gatting said that confirmation of the inclusion of women’s cricket in the 2022 Birmingham Commonwealth Games – the first time the sport has been included since Kuala Lumpur in 1998 – is imminent, following fruitful meetings between games organisers and ICC officials in recent weeks.

Among other things, the committee also discussed the security situation in Sri Lanka, following the 2019 Easter bombings, and also Pakistan, which has suffered from an almost total lack of international cricket in the country since the attack on the Sri Lankan team and ICC officials’ buses in Lahore a decade ago. On Sri Lanka, committee member Kumar Sangakkara said he expected the forthcoming tour scheduled by England would go ahead.

“All countries do their independent assessments about security and the level of threat and I feel those questions have been answered very satisfactorily up to now,” Sangakkara said

As for Pakistan, Gatting said that the committee was eager to see the resumption of tours to the nation after 10 years, and that the MCC would be interested in sending a touring team of its own by way of re-opening the door – final security checks pending as ever.

Related Topics:cricketMCCOlympic 2028Olympics
Up Next

Will 20% stake in RIL’s refining satisfy Aramco’s appetite for India?