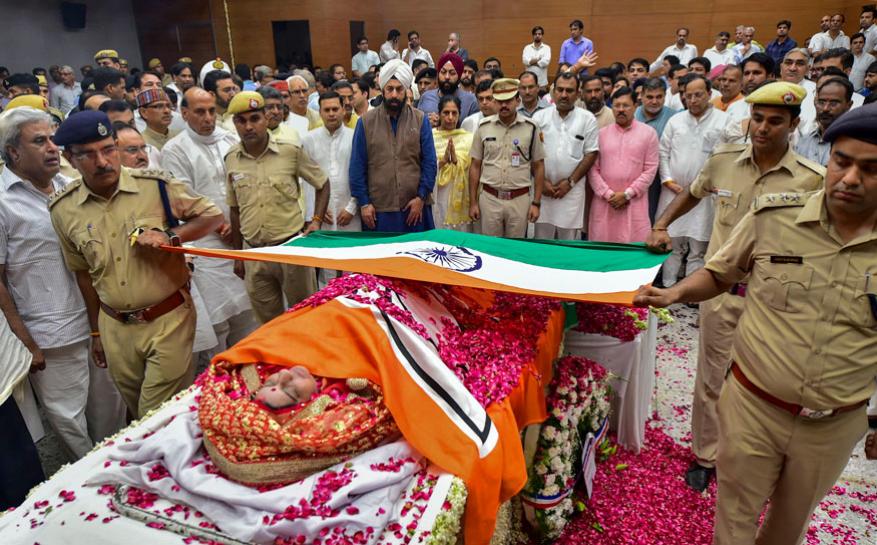 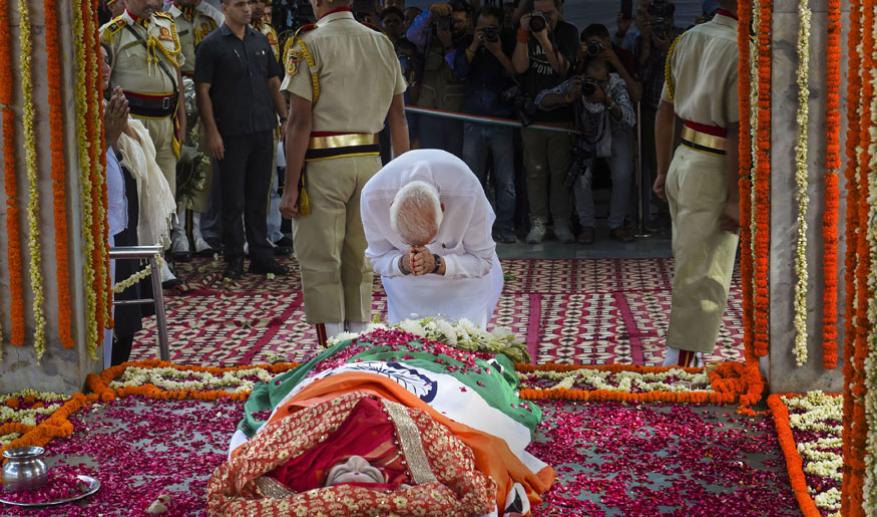 Swaraj, who also served as the Leader of Opposition and chief minister of Delhi, was given full state honours after which her body was cremated in the electric crematorium. Bhutan’s Prime Minister Tshering Tobgay, several leaders from the National Democratic Alliance (NDA) as well as the opposition, were present.

Swaraj died on Tuesday night at the age of 67. The senior BJP leader was brought to AIIMS around 9:30 pm and was taken to the emergency ward after suffering a massive cardiac arrest.

There was not a single dry eye at the BJP headquarters on Wednesday when Sushma Swaraj’s family sent off their beloved wife and mother, and India’s former foreign minister, on her final journey with a passionate salute. 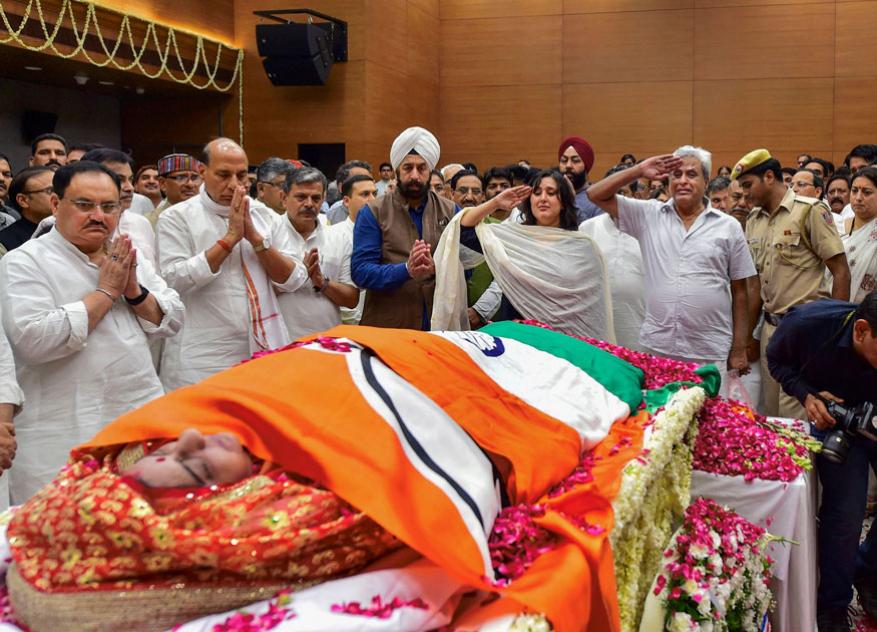 Modi was seen comforting her husband Swaraj Kaushal and daughter Bansuri. People from multiple faiths converged at the crematorium, and many came from as far as Bihar and Madhya Pradesh to pay homage to Swaraj.

Not just politicians in India, leaders from the US, China, Bangladesh, Iran and Singapore also condoled Swaraj’s demise and recalled her important role in cementing India’s relations with the world.

Sara Ali Khans wins Internet with his No Airport look