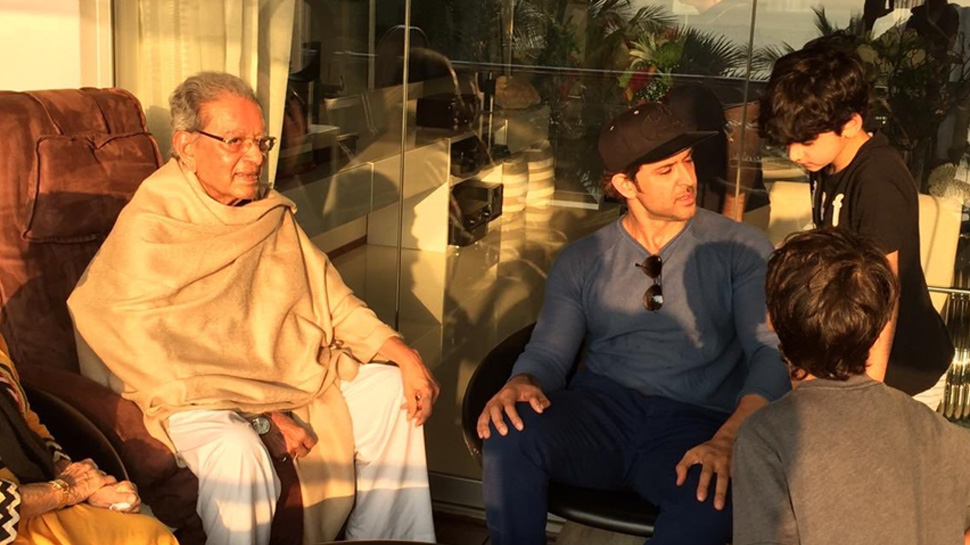 Mumbai: Bollywood filmmaker and maternal grandfather of Hrithik Roshan J Om Prakash pass away at 93. J Om Prakash took his last breathe in Mumbai in his house on 7th August on Wednesday at 8am in the morning. Actor Deepak Parashar confirmed the death of his uncle on Twitter.

Hritik Roshan recalls him and tweets “#MySuperTeacher – My Nana who I lovingly call Deda, for the lessons he has taught me at every stage of my life, which I share with my kids now. And Dr Oza, my speech therapist as a child, who taught me to accept my weakness and helped me overcome my fear of stammer.” J Om Prakash’s daughter, Pinky, is married to director-producer Rakesh Roshan who happens to be actor Hrithik Roshan’s dad.

Hrithik is known to be very close to his maternal grandfather and has often spoken about his love for him. Earlier in 2016, he gifted the veteran filmmaker a luxury car. Prakash made his debut with Rajesh Khanna’s Aap Ki Kasam in 1974 and the film was hugely successful. Performances were widely appreciated and it proved to be a major box office hit. The film was also a musical hit.

The film Pranaam will be remembered for a long time