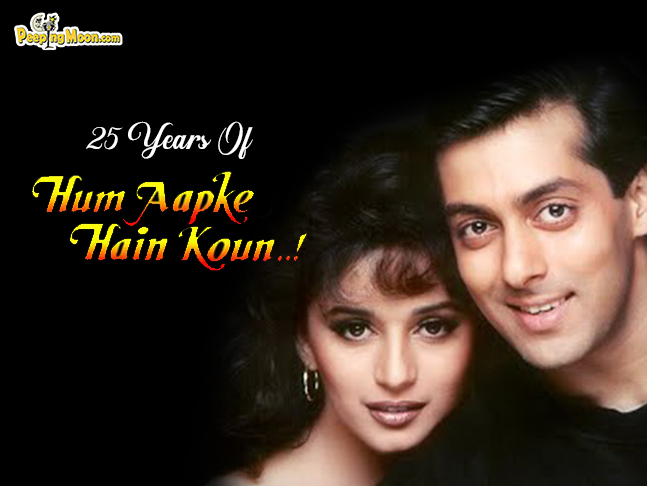 It has been 25 years since Salman Khan and Madhuri Dixit-starrer ‘Hum Aapke Hain Koun’ hit the big screens. The film still manages to bring a smile on our faces. The cult classic wasn’t a mere film but a rich source of inspiration for people of all age groups. It also brought about a revolution in Indian weddings in the 90s. As the film completed a milestone today, Madhuri took a walk down the memory lane and shared a special video in which she can be seen recreating her famous “Uh-hu, Uh-hu” moment. 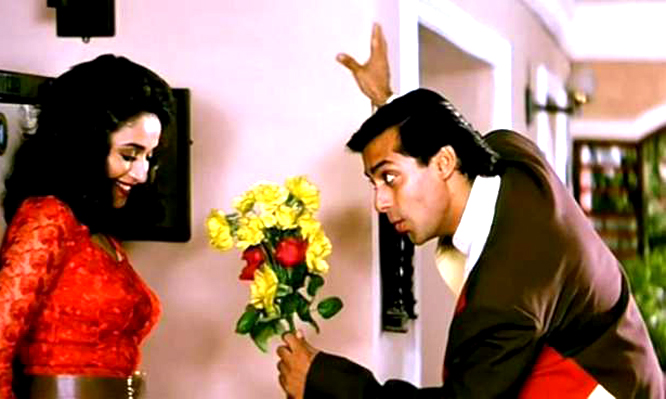 She shared the short clip celebrating 25 years of the film on her Instagram handle. ‘Hum Aapke Hain Koun’ was a modern take on the 1982 film ‘Nadiya Ke Paar’. It was the first Indian film to gross Rs 100 crore at the box office. ‘Hum Aapke Hain Koun’ won 13 Filmfare Awards, which included those for Best Film, Best Director and Best Actress. The blockbuster became a turning point in Madhuri and Salman’s careers.

Recreating the moments of Hum Aapke Hain Koun on its 25th anniversary! This movie has given me memories that I can never forget. Nisha will always hold a special place in my heart❤ #SoorajBarjatya @rajshrifilms #25YearsOfHAHK

Madhuri, who played the role of Nisha in the 1994 Sooraj Barjatya-directorial, was romantically paired opposite Salman’s character (Prem). Madhuri played Renuka’s younger sister in the film. The cult classic also featured Mohnish Bahl, Alok Nath and Bindu among others.

Cold War between US and China Deepens 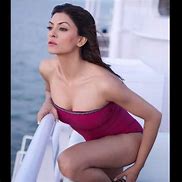 Sushmita Sen has started shooting for Ram Madhvani directorial web series Aarya 2. The actor, who announced its second season earlier this week, gave the first clap of the mahurat shot. Aarya debuted on Disney+ Hotstar in 2020. On the official Twitter handle of Ram Madhvani Films, the makers shared a video, featuring the director and Sushmita commencing the shoot.

Aarya marked Sushmita Sen’s digital debut as well as her comeback to acting. It was also filmmaker Ram Madhvani’s entry in the web space. Apart from Sushmita, the series also starred Chandrachur Singh, Namit Das, Sikander Kher and others in pivotal role.

While there is no official announcement about the plot and other details of its new season, a source told indianexpress.com that the makers were always kicked about taking the story ahead with a new installment. “The idea was to continue Aarya’s story and how she deals with newer challenges, while fighting her own family. The team had been prepping up for the new season for a long time, and it’s set to go on floors soon. The show would mostly launch sometime later this year.”

Sushmita, who plays the titular role in the series, garnered mostly positive response for her performance. She even won the Best Actress-Web Series award at Dadasaheb Phalke International Film Festival Awards 2021, recently.

The actor shared her acceptance speech video on her Instagram profile. “Of the many things I have learnt over the years as an actor and a person is that everything we do in our lifes needs a teamwork. This moment, this honour is also a result of teamwork,” the actor said in the video.