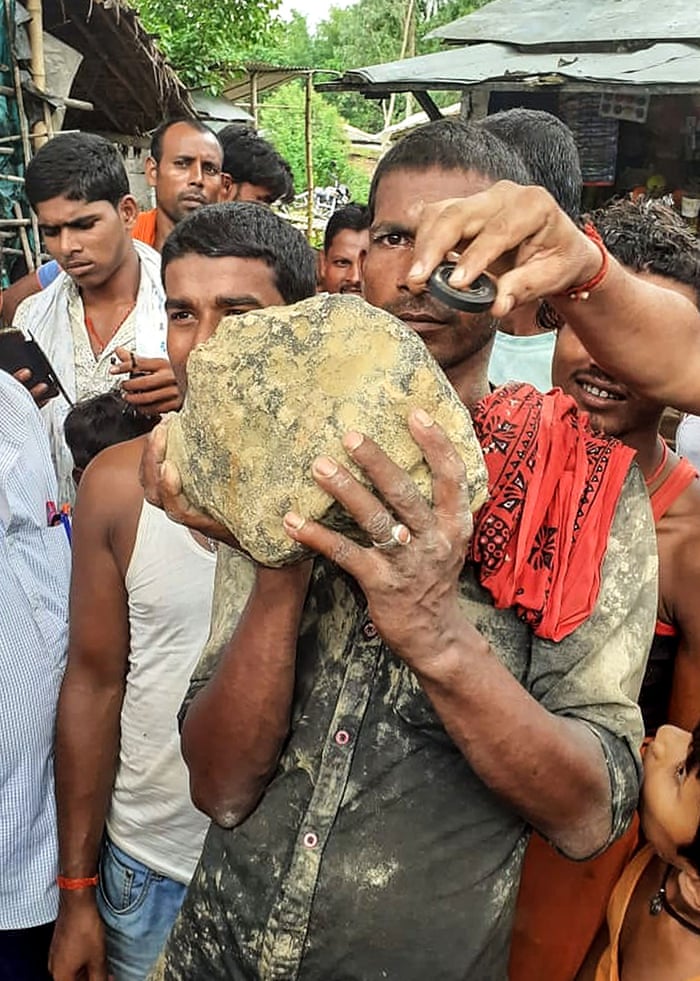 Bihar: A suspected meteorite crashed into the middle of a rice field in Bihar’s Madhubani district.

The object the size of a football landed with a thud in a paddy field in Madhubani district in Bihar state on Monday, startling farmers and sending up clouds of smoke. Onlookers said the light brown-coloured object sent them fleeing from the field when it fell at their rural village on Wednesday afternoon, sending up smoke.

Kapil Ashok, the magistrate for Madhubani, told that laborers reported seeing “a fireball-like object coming down from the sky”. Residents of Mahadeva village later dug up the object from a 5ft deep hole. 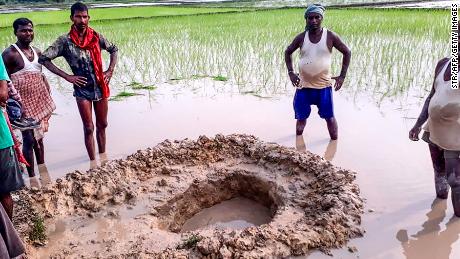 The object was described as light brown in colour with some shine, and weighing about 15kg. It was reported to have strong magnetic properties. Ashok told, it looked like a rock “but its glitter is much more than that of an unpolished stone”.

The object will initially be kept at the Bihar Museum but will be transferred to the Shrikrishna science centre in the city of Patna where it will be studied by experts.

Meteors are particles of dust and rock that usually burn up as they pass through Earth’s atmosphere. Meteorites – meteors that survive the fall to earth – offer clues about the history of the solar system.

Lasith Malinga took the final wicket and ends his ODI career with a stunning victory.