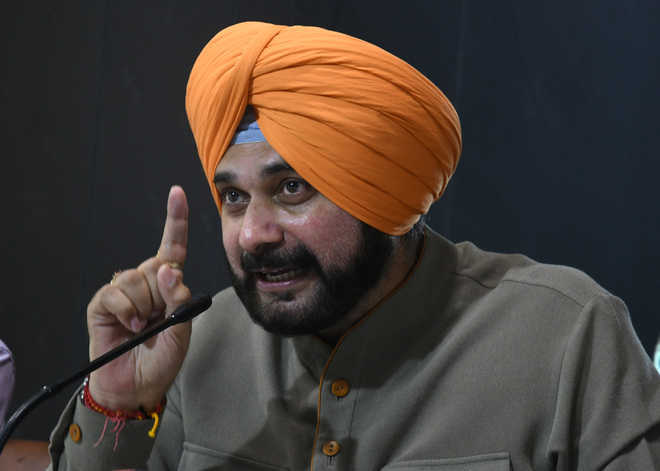 Congress leader Navjot Singh Sidhu, who was sulking after being stripped of key portfolios in the Punjab cabinet reshuffle in June, has resigned from the Amarinder Singh-led cabinet.

Mr Sidhu on July 14 released a copy of his resignation on Twitter, which he said was submitted to Congress leader Rahul Gandhi on June 10, 2019.

In the resignation letter addressed to Mr Gandhi, Mr Sidhu did not assign any reason for his quitting the Cabinet.

“I hereby resign as Minister from the Punjab Cabinet,” wrote Mr Sidhu in his letter.

Sidhu was also snubbed when he was left out of the consultative groups which were formed by the chief minister on June 8, aimed to accelerate the pace of implementation of government’s flagship programmes.

He has also been criticised by Punjab Chief Minister for damaging the Congress prospects with his ill-timed comments against him and the party leadership in the state.

Navjot Sidhu had earlier vowed to quit politics if Congress president Rahul Gandhi lost the elections from Amethi. The fact that Sidhu waited for over a month before making his resignation letter public indicated that he could have been waiting for reconciliation.

Now IB Kanpur, the country’s largest intelligence agency, will find out Vikas Dubey, who killed eight policemen. The IB has been involved in a campaign to locate Vikas Dubey.

He has also sought help from the Madhya Pradesh Police to find out Dubey’s whereabouts. The history-sheeter of eight police personnel Vikas Dubey in Kanpur is still absconding. 1500 police personnel have been deployed in sixty teams for search.

There are 12 teams of Crime Branch and STF teams. There is a surveillance cell in every district. Police conducted a search operation in two dozen villages around Bikaru. A dozen of his locations in the city were raided but nothing has been known about him.

Meanwhile, one thing related to this case has come out which shows how the police personnel were killed in the village by conspiring. Actually, before the police team reached Bikaru village in the night, the lineman had cut off the electricity there. He did this at the behest of a policeman from Chaubepur police station.

According to police sources, the lineman has admitted that he had cut off the power. He was called by someone for this. This phone number is also derived from a policeman. Now the police is also investigating him.

According to information received from the sources, on the night of the incident, a call was received at the nearest power sub-station. The caller told himself to Chaubepur police station and asked him to stop supplying electricity to the feeder of Bikaru village. After this the lineman cut off the power. The criminals then played Khiladi in Bikaru village.

The number from which the lineman received the call has also been known. Now the police is investigating that call. Police officers are refusing to cut off electricity on their behalf during the raid. So now the question is arising whether the power was planned by the lineman and cut? After all, who is behind this conspiracy?