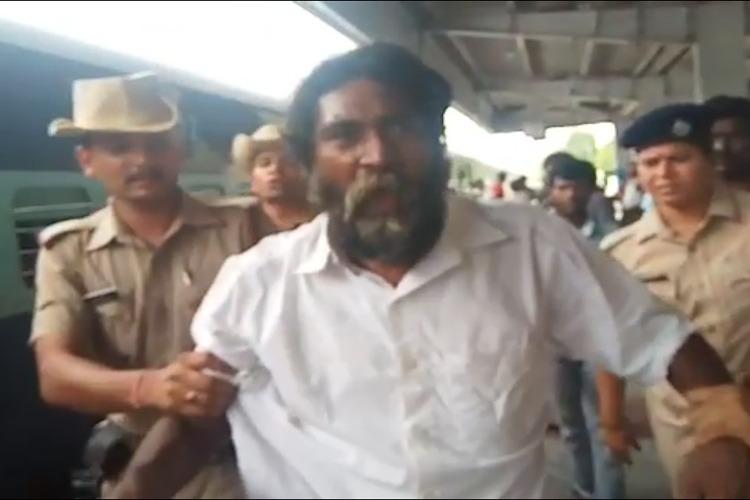 Chennai: Tamil Nadu-based environmental activist T Mugilan, missing for nearly six months, was found at a railway station in neighboring Andhra Pradesh on Saturday. He was brought back to Tamil Nadu after the police handed over the activist to Tamil Nadu police at Katpadi around midnight.

T Mugilan has been missing since February 15 – the day he held a news conference in state capital Chennai alleging police complicity in the Tuticorin police firing last year in which 13 demonstrators protesting against Vedanta’s copper smelter were killed. The activist disappeared under mysterious circumstances after boarding a train to Madurai at Egmore station.

Mugilan’s disappearance prompted a months-long social media campaign asking with the hash tag #WhereIsMugilan with demonstrations in the USA and Australia. Politicians from the state had demonstrated against his disappearance, even as human rights NGO Amnesty International urged the authorities to investigate his disappearance.

A video in which he can be seen raising slogans against the plans to dump nuclear waste in Kudankulam and demanding the release of Tamils locked in jails due to lack of legal help has been widely shared on social media.

Tamil Nadu police have been on the lookout for him in a rape and cheating case.

21 people injured in a gas explosion in a shopping mall, Florida. 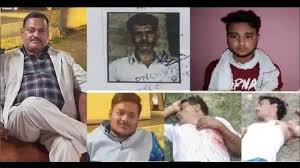 Just a few years ago, a paan shop owner owns dozens of luxurious houses today, there are precious lands, there are crores of flats abroad, there are also many luxury cars without numbers, everything is a luxury of royal comfort and imperial which is just a normal person. In movies, he is seen near a rich man wearing a thick chain of gold or near a mafia. Actually, we are talking about Jai Bajpayee, the closest companion of fugitive history seater Vikas Dubey responsible for the martyrdom of 8 policemen in Kanpur.

This person is the real treasurer of mafia development. Some people also say that Jai was just an underage employee earning four thousand months in the printing press. But according to the sources of today’s news related to Kanpur, this person was only a paan shopkeeper. Actually, a day earlier, three luxury cars without number were caught by the police. It was suspected that the rogue accused in the Kanpur murder case have escaped with these cars, the owner of these cars was Jai Bajpai.

When Jai’s name surfaced, his horoscope also came in the hands of the police, who were still suppressed by the top police officers. Actually, with Kanpur Anant Dev Tiwari, who was SSP for two years, all the pictures of that Jai Bajpayee, who became the treasurer of Mafia Vikas Dubey, got wings as if his fate. As soon as he became a partner of development, not only did the assets worth crores come, but the owner of the petrol pump became Jai. On the gestures of development, Jai started from occupying the disputed lands to buying horse.

From local MLAs and leaders to Jai, when the Kanpur police captain laid his hands on him, his courage and achievement were bound to increase at a quadruple speed day and night. Now Jai has also started distributing money on market interest on the basis of development. Aye Bhai Jai Bajpayee also transferred Rs 15 lakhs to Vikas Dubey’s bank account a week ago. After all it was the cashier of the mafia. The investigation also revealed that Jai used to take crores of rupees from Vikas at 2% interest and then distribute to the needy and criminals at 5% interest.

Jai Bajpayee started earning a lot of money from this illegal business of money lending. Then what was left. Not only erected a petrol pump on the Lucknow-Kanpur road, but also bought a royal flat of 15 crores in Dubai. Do you know that in some other countries also the assets of this cashier should be developed. At present, this partner of Mafia development, Jai, has come out owning more than 15 houses.

More than a dozen houses have been revealed only in Brahm Nagar, Kanpur. The list of land including these houses and flats will be connected to how many cities and countries. These are the history makers who used to be the resting place of development. Did you know that after killing 8 policemen in Kanpur, Vikas is hiding in a similar anonymous house. Now Vikas Dubey also has about three hundred bighas of prized land.Whatever DM SSP came to Kanpur, he neither looked at Jai Bajpai nor looked at Vikas Dubey. Curse only the officers and investigative agencies of UP government. There is also the headquarters of the Income Tax Department in Kanpur, why did not even look at the black mobs like Jai Bajpayee and his vast empire.

One is our Prime Minister Narendra Modi who does not get tired of calling for action against black money. In fact, in Uttar Pradesh, the number of new rich people has increased wildly in the last few years, Prime Minister should not seize the assets of these corrupt and fill his Covid Fund. The poor of the country will really bless you.