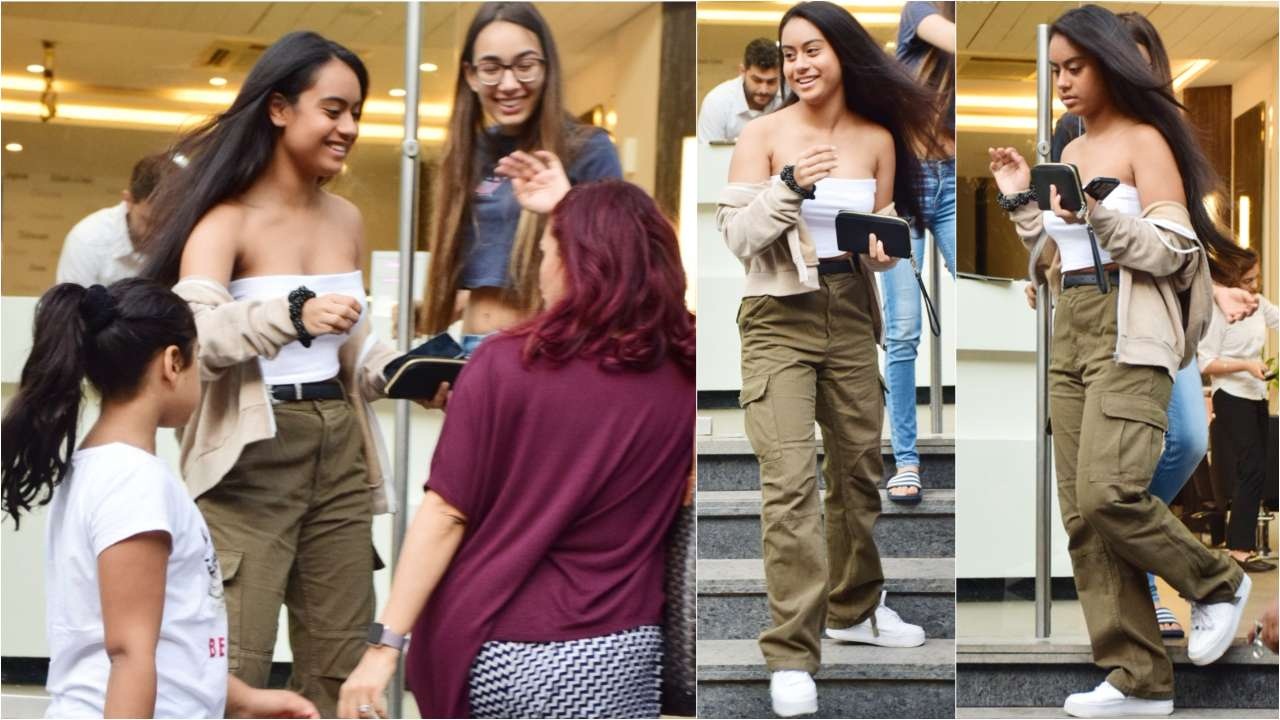 This young future star Nysa smiled for cameras was seen wearing a brown cargo pant and a white tube-top teamed with white sneaker. 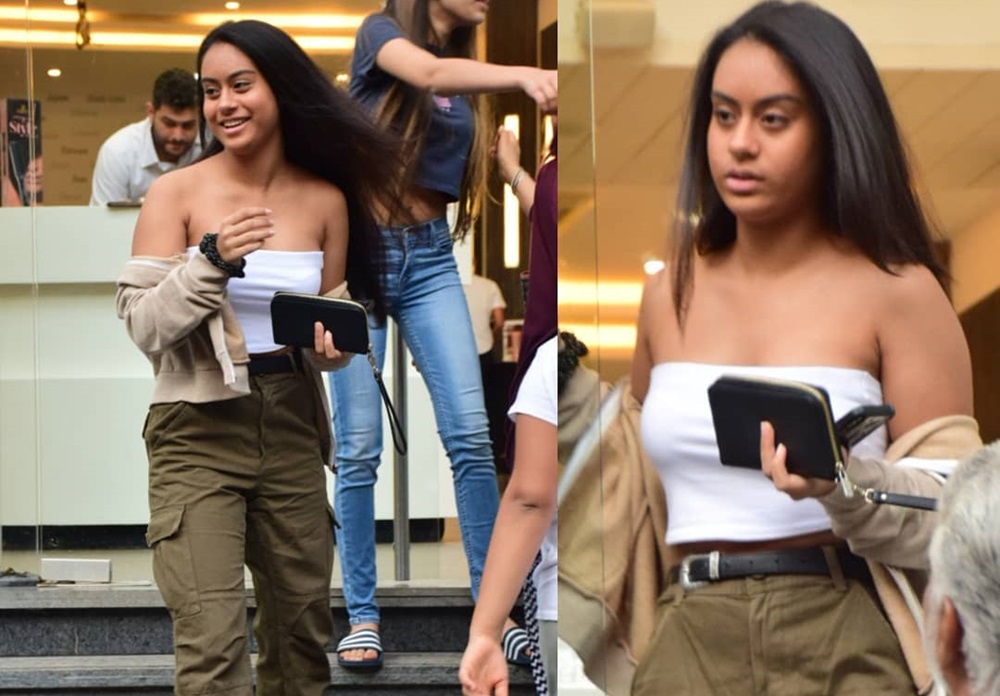 Celebrity kids are under close media scan much like their famous parents likewise 2 yr old Taimur on day with parents or 18 year old Khushi Kapoor hanging out with friends everything about their how about are available on Instagram now days.

Generally a soft target for trollers, Nysa had faced many times earlier but again while she exit salon a day after grand pa expired she was badly trolled.

Celebrity kids become target of cyber trolling faster than they could blink their eyes. 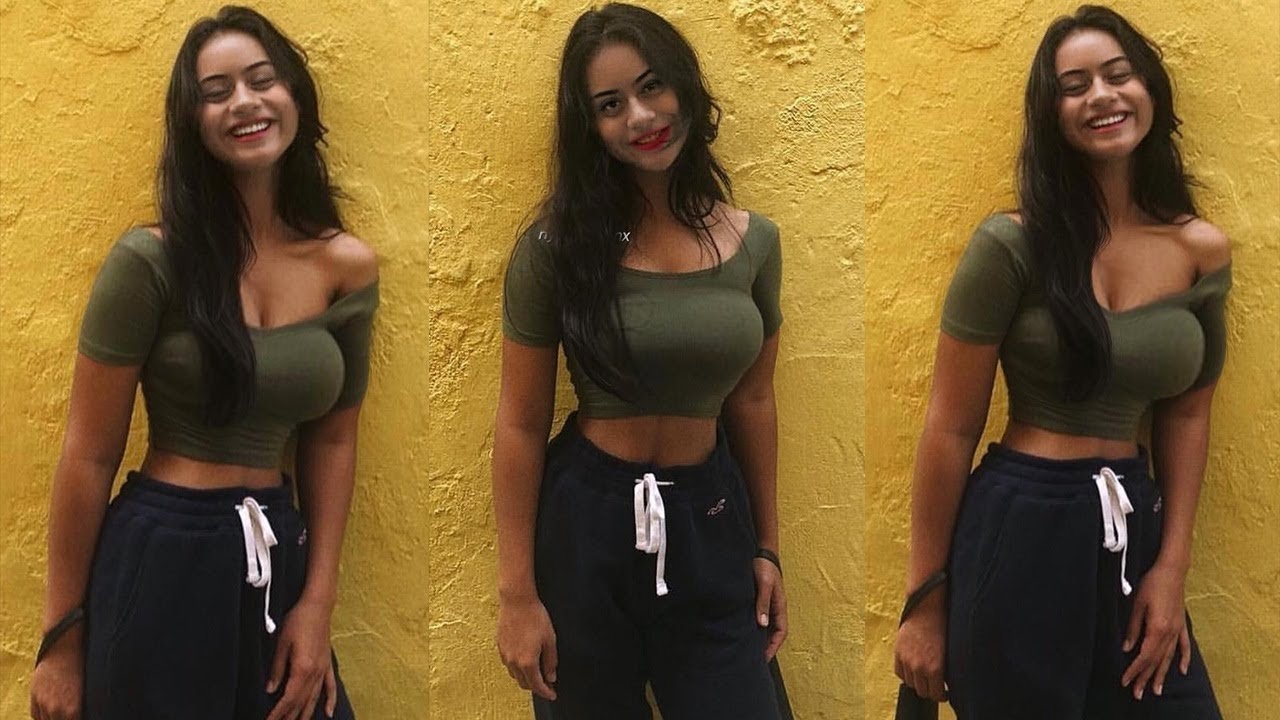 Many trollers even tagged Ajay and Kajol to bring in their notice and called out for parenting skills.

On other hands, fans supported and rescue too while others social media users where busy with negative comments.