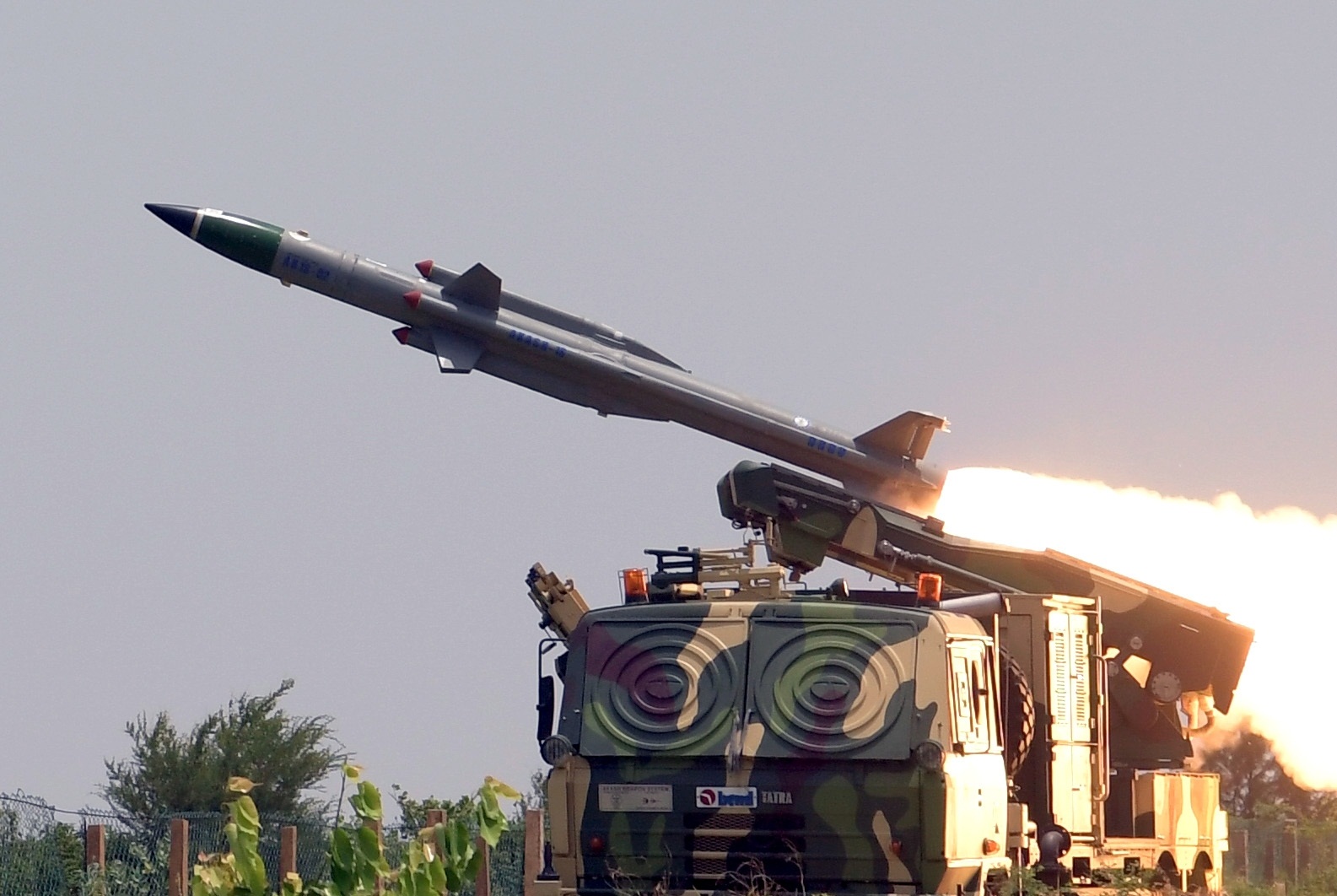 New Delhi: India on Monday successfully test fired an Akash-MK-1S missile from the integrated test range at Chandipur in Odisha, the defence ministry said on Monday.

The surface-to-air anti-aircraft missile with a strike range of 25 km and capability to carry warhead of 60 kg was test fired on May 25 and May 27, they said.

“Defence Research and Development Organisation (DRDO) has successfully test fired AKASH-MK-1S missile from ITR, Chandipur, Odhisa on May 25 and 27,” the defence ministry said in a statement.

It said the Akash weapon system has combination of both command guidance and active terminal seeker guidance.

“Seeker and guidance performance have been consistently established in both the missions. All the mission objectives have been met,” the ministry said.

Related Topics:Akash-MS-1SChandipurDefence Research and Development OrganisationDRDOindiaOdishascince and Technology news
Up Next